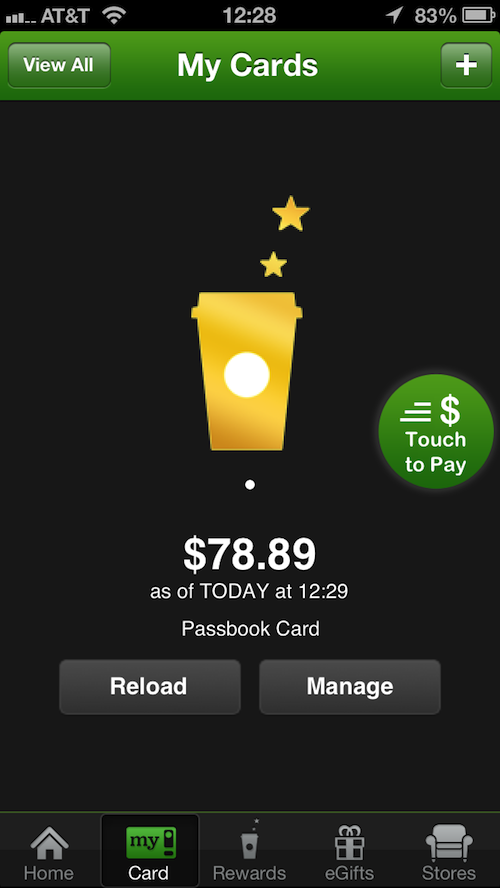 Better late than never, as we say in French. Over two months after the iPhone 5 was launched in the US, Starbucks finally blessed us with an update that supports the device’s taller screen.

Besides the iPhone 5 support and the usual bug fixes, this updated version added an option to turn On/Off the annoying sound of the stars dropping in the cup after completing a purchase…

That’s all there is to it. As a daily user of the app, I’m glad it finally supports the iPhone 5.

To be honest, I find it a shame that Starbucks didn’t deem it necessary to update its app months ago. I find this even more shameful as Starbucks was one app that was demoed during the iOS 6 presentation back in June, touting its Passbook support, which came only weeks after the iPhone 5 was launched.

The Starbucks app is still a free download in the App Store.