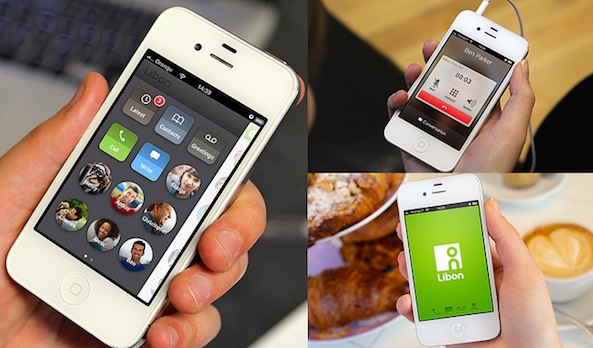 We told you all about Libon a while ago. For those with short memories, Libon offered iOS users a way to take voicemail to the next level. Visual voicemail and customised messages depending on the caller were features that stood out, and we liked it a lot.

Now though, the Libon team has relaunched its app, this time adding in one or two features that not only improve the app as a whole, but also pitt it squarely as competition for some other well known, and highly established iOS apps.

The biggest new feature has to be that new, and free, Wi-Fi calling. In fact, we keep calling it Wi-Fi calling but the thing works over 3G, too. That’s a real bonus, and something that we suspect the likes of AT&T will be non too happy about.

It’s not just basic calling either, here we’re talking about fancy new HD calling, which promises crisper and all around better audio. This will no doubt depend on the connection available, but we’ll take it regardless.

Those not wishing to make calls can take advantage of the new built-in instant message features instead. It’s just like SMS, but not.

Perhaps the best feature is the price. Libon is still free, with a premium subscription available for those wishing to take advantage of some of the more powerful features. For your $2.99 per month, you’ll receive unlimited customized greetings, full-length transcription of all voicemail messages and unlimited storage and email copies of all of your voicemails.  On top of that, there’s an hour worth of international calls to non-Libon users a month, too.