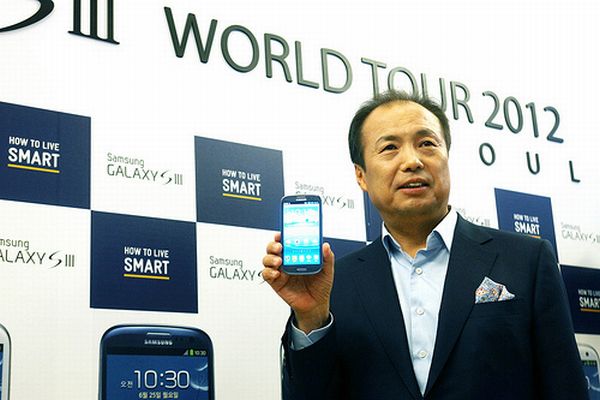 Earlier this week, the ITC announced that it would be reviewing its September-decision that Apple’s products don’t violate some of Samsung’s patents. It’s a pretty big deal, as an overturn could result in a sales ban.

As you can imagine, Samsung is thrilled with the ITC’s choice to revisit its previous ruling. And this morning, the company’s head of mobile and IT division Shin Jong-kyun had a few things to say about the case…

9to5Mac points to a Korea Times article that contains some pretty interesting comments made Jong-kyun. Remember, this is the same guy that last week said that Samsung had no plans to enter an HTC-like settlement with Apple.

“The truth never lies. Without Samsung-owned wireless patents, it’s impossible for the Cupertino-based Apple to produce its handsets,’’ said Samsung’s mobile chief Shin Jong-kyun in a brief meeting with local reporters on his way to the company’s main office in downtown Seoul, Wednesday.

“As you know, Samsung is very strong in terms of portfolios of wireless patents,’’ the executive added.

Samsung does have a pretty extensive IP portfolio with a number of wireless patents. But the thing is, most of its bigger patents have been declared ‘standard-essential,’ meaning they are necessary inventions for the mobile industry.

“An essential patent, or standard-essential patent, is a patent that claims an invention that must be used to comply with a technical standard. Standards organizations, therefore, often require members disclose and grant licenses to their patents and pending patent applications that cover a standard that the organization is developing. Failure to license an essential patent may be a form of patent misuse.”

Companies who use these kinds of patents in litigation are generally frowned upon. There is a lot of gray area surrounding it, but typically, these kinds of inventions can’t be used to win sales bans or extensive damages.

Apple has been trying to license these patents from Samsung for years, but the two sides have never been able to reach a deal. And that’s not surprising, considering they are Samsung’s only real firepower in the patent war.

The ITC’s initial decision in this complaint, which was filed by Samsung last year, was made in September by Judge James Gildea. The entire Commission board will now review the case, and a final ruling is expected in January.