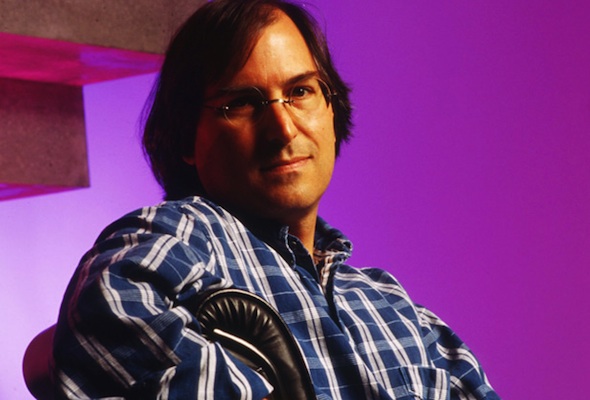 Lights! Action! Steve! Well, sort of. A biopic focusing on late Apple CEO Steve Jobs won’t be a cradle-to-grave review of the man who pulled Apple out of the ditch. Instead, the film will feature three behind-the-scenes glimpses into Jobs’ most famous products. According to screenwriter Aaron Sorkin who was hired to develop Walter Isaacson’s biography of Jobs for Sony Pictures, the upcoming flick will be comprised of just three 30-minutes scenes backstage before the introduction of the original Mac, NeXT and the iPod. Sorkin is known for his screenplays featuring character studies, such as his acclaimed look at Facebook, The Social Network…

Sorkin’s comments came during an interview with The Daily Beast at the Hero Summit, a invitation-only affair described as a mashup of theater and journalism. If the Hollywood writer’s thoughts actually make it to the page, we may learn more about the characters driving Apple than what Steve was like as a young boy.

In an earlier interview, Sorkin said he would “identify the point of friction and focus on that”.

Then again, we may learn more about the real relationship between Jobs and current Apple CEO Tim Cook. As you know, Cook, along with being a long-time nuts-and-bolts operations chief, was Apple’s understudy during his many sick leaves.

Here’s the Hero Summit interview (sorry, Flash-only). The interesting bits about the Steve Jobs movie are past the 21-minute mark.

Was there conflict between Jobs’ drive for design excellence and Cook’s mania for bean counting?

Another potential “point of friction” which might make it to the screen: Scott Forstall, who ran Apple’s software business until being deposed in favor of design guru Jonathan Ive. Forstall was known to be close to Jobs but roundly disliked by many other executives at Apple, include Ive.

Sorkin in a May interview at the D:10 conference spoke about his feelings toward a Jobs film, calling the undertaking “a minefield of disappointment.”

He likened writing about Jobs like doing a bio of the Beatles. There’s just too much information and everyone loved them. Instead, the screenwriter seems to adopt the attitude of Greek playwrights.

“There’s no point in writing about someone unless they’re flawed,” he said.

Are Apple fans ready to see a flawed Steve Jobs?

fWill Sorkin’s view of the Wizard of Cupertino tarnish his image – along with the well-burnished publicity surrounding the new chiefs of Apple?