Apple has applied to patent new technology designed to solve two annoying problems. One filing addresses that “silent” iPhone which you set to “vibrate” but instead noisily dances across tables and other hard surfaces. The other patent application could come in handy for iPhone and iPad mini owners constantly resizing their screens for a better view. However, the most intriguing invention Apple seeks to patent measures the distance of an iDevice owner’s face from a screen, using a combination of the camera or other proximity sensor. Differing modes would then automatically adjust the size of content being viewed…

When your face is detected as being close to the screen, the device would automatically zoom in to show details of an object displayed, according to AppleInsider, which uncovered the patent applications. 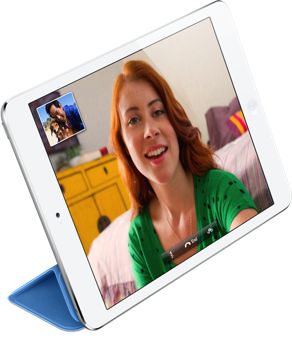 The auto-zoom feature appears best suited for iPhone owners or iPad mini buyers, where small screens result in continuous zooming in and out. An option could also be useful for those who just don’t like pinch-to-zoom. Hopefully, the auto-focus feature can be toggled off to prevent too many iPad users running for the Dramamine.

As iPhones become more prevalent, the sound of crickets at night is being replaced by the chattering of Apple handsets vibrating an alert of incoming  communications. Apparently, “silent” mode isn’t so quiet. 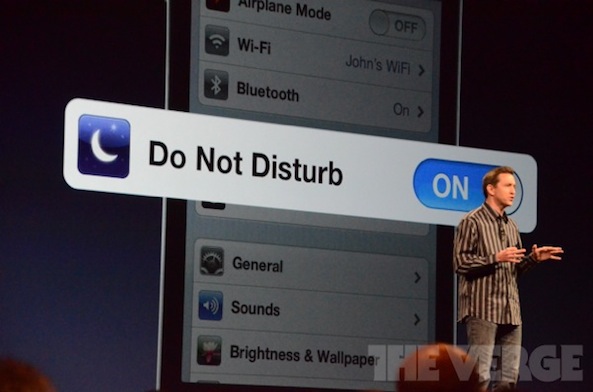 Apple has stepped in and applied for a long-needed fix. Like the facial-zooming feature, the silent vibration patent involves a bit of technical self-reflection. But instead of your face, an iPhone’s microphone would listen to a device’s vibration and adjust the speed of the handset’s herky-jerky motor.

These two patent applications show how Apple’s devices have progressed to becoming parts of our everyday lifestyle. When the iPhone was first introduced, convenience took somewhat of a backseat to features. Now that the device is so widespread, usability must now come front-and-center.

So a device that introduced the touchscreen should progress to more elegant controls: the face. This is particularly important as the percent of iPads sold have smaller screens not suited to multi-finger manipulation.

How are Apple’s patent applications illustrating the changing role of the iPhone and iPad in society?