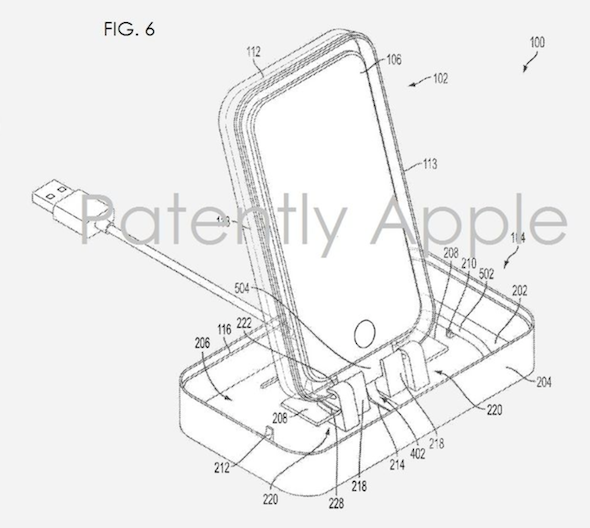 The United States Patent and Trademark Office has published a number of interesting patents and applications belonging to Apple today. Earlier we saw a patent application for iDevice cooling fans. And now this.

This is actually pretty cool: it’s a patent app detailing a new kind of retail packaging for Apple’s iOS products that not only protects the device during shipping, but also doubles as a dock for iPhones and iPads… 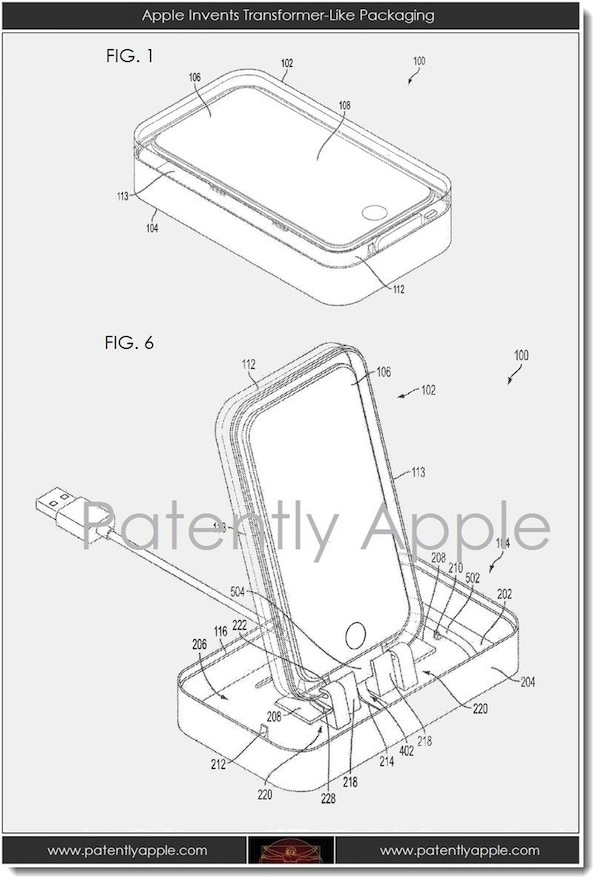 PatentlyApple (via 9to5Mac) points to the newly-published filing, in which Apple details a new kind of transformable packaging. It’s essentially a box made up of a base and a lid, and the base can be transformed into an iDevice dock.

As you can see in the picture, the dock isn’t exactly the best-looking accessory. But it does seem pretty functional. Notice the power cord coming out the rear of the cradle, meaning you could set it up for charging and syncing.

I actually miss having a dock that I can just set my iPhone down into to charge, and was kind of bummed when Phil Schiller confirmed that Apple wasn’t making one for the 5. I’d be interested in seeing them bring this idea to market.