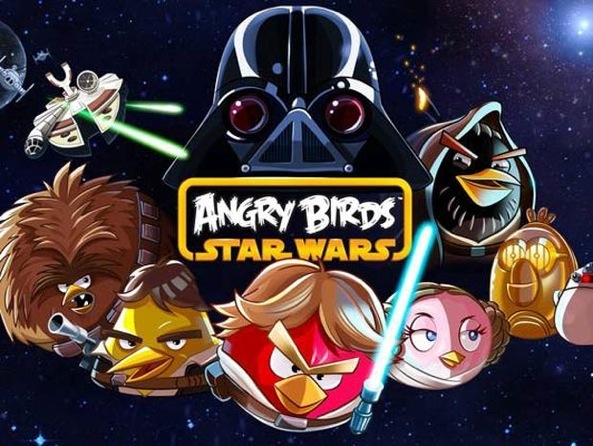 What do you get when you combine two of the most successful and recognizable franchises in the world? Angry Birds Star Wars. That’s right, just as expected, Rovio has released the highly anticipated Star Wars version of its popular Angry Birds game this evening. And it’s now available in the App Store…

As much as Rovio’s been promoting the game, you probably know everything you need to know about it. But just in case you need a refresher, here’s the official trailer:

And the synopsis from the App Store:

“Join an epic adventure with the Angry Birds in the legendary Star Wars™ universe! Use the Force, wield your lightsaber, and blast away Pigtroopers on an intergalactic journey from the deserts of Tatooine to the depths of the Pig Star — where you’ll face off against the terrifying Darth Vader, Dark Lord of the Pigs! Can you become a Jedi Master and restore freedom to the galaxy?”

Angry Birds Star Wars doesn’t stray too far away from the gameplay elements that have made the franchise what it is today. After purchase, users will get free updates, and there are various unlockable characters and levels. The game does, however, take advantage of  new gameplay mechanics (think light sabers).

If you’re a fan of either franchise, and especially if you’re a fan of both, you’ll want to check out Angry Birds Star Wars. The iPhone and iPod touch version will run you $0.99, the iPad version is a little more expensive at $2.99, and the Mac version is $4.99.

Have you tried Angry Birds Star Wars yet? Thoughts?