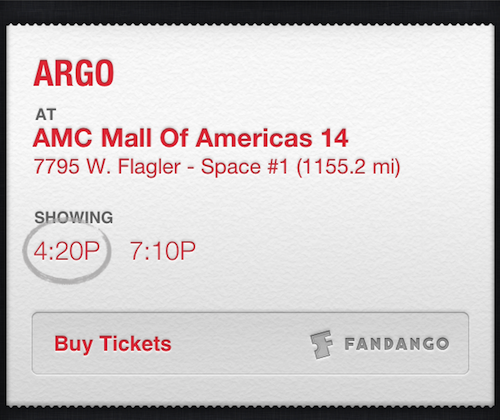 Apple seeded the first beta of iOS 6.1 to developers last week. The firmware should be the next update we see for iOS, and we’re expecting it to include at least a handful of new features.

In fact, we’ve already found a couple of new additions in the beta, including changes in the Maps app and new Lock screen music controls. And another discovery was made last night… 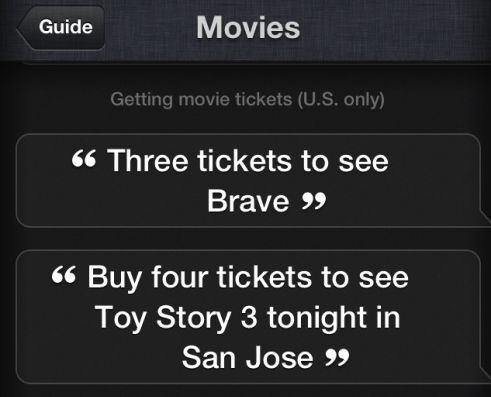 9to5Mac points to a new feature in iOS 6.1 (beta) that enables Siri to initiate the purchase of movie tickets. Just tell her what movie you want to see, what time and how many tickets you want, and she’ll take care of everything else.

Well, almost everything else. Once you have the correct tickets picked out, Siri will transfer you over to the Fandango app to complete the purchase. If you don’t have the app installed, she’ll present you with an App Store link to get it.

The site says that it’s hearing that this feature is currently only for US residents, and that even then it only works with some theaters. But 6.1 is still in early beta though, so this will likely change as the firmware progresses over time.

The basic idea here is great though. You can already look up movie trailers and reviews via Siri in iOS 6. So being able to purchase your tickets using the assistant would be that much more convenient. And then Passbook completes the circle.

What do you think of the new Siri feature?