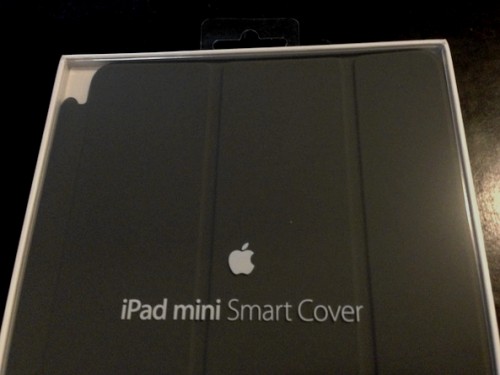 Although the iPad mini won’t start hitting shelves and doorsteps until this Friday, it appears the Cupertino company has decided to go ahead and start shipping the tablet’s accessories. Earlier this afternoon, my local FedEx driver dropped off this little guy: a Dark Grey polyurethane iPad mini Smart Cover.

At first glance, the smaller Cover may seem like an exact replica of its larger sibling. But there’s one significant difference between the two, and that’s the hinges. Instead of using a bare metal hinge, like it does in the full-sized Smart Cover, Apple used a covered hinge in the mini version. So there’s no metal on metal… 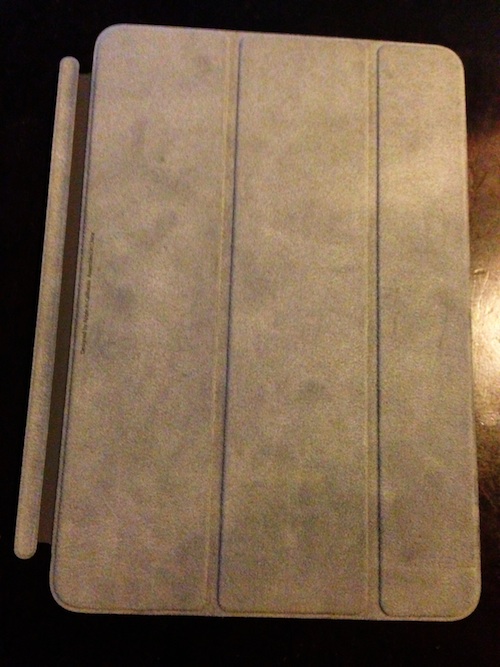 If you’ve ever seen the kind of marks that the metal hinges from the older Smart Covers can leave on the iPad’s aluminum backing, you know why this is such a big deal. In fact, it’s a wonder why Apple didn’t go this route in the first place. Maybe a covered hinge wouldn’t support the weight of the larger Cover?

Other than that though, the iPad mini Smart Cover doesn’t contain any surprises. It folds to create a makeshift tablet stand, and has the same felted inner-lining to protect the iPad’s screen. It’s also extremely thin, and I think the dark grey is going to look great with my 16GB Black and Slate iPad mini I ordered.

In addition to Dark Grey, Apple also offers the accessory in Light Grey, Pink, Green, Blue and (Product) Red. And unfortunately, at this time, the polyurethane version I went with is the only choice — there’s no Leather option. If you’re interested, you can find the iPad mini Smart Cover on Apple’s website for $39.