The number of models in the iPhone family is extremely small compared to the amount produced by other manufacturers. But according to a new report, which is an update to Chitika’s recent iPhone 5 study, Apple’s handsets still account for nearly half of all smartphone-generated internet traffic… 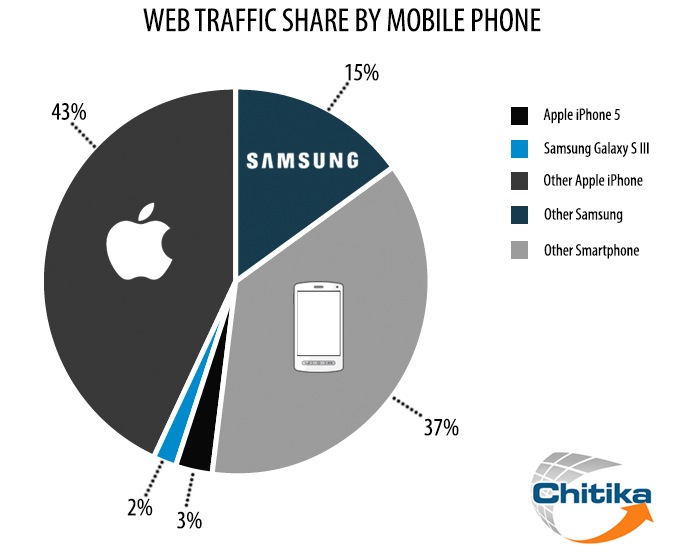 The update digs deeper into Chitika’s ad impression data, finding that between the iPhone 5 and all of its predecessors, Apple’s handsets accounted for a total of 46% of web traffic during a 7-day testing period. That’s a staggering 30% more than its closest competitor, Samsung.

Non-Samsung Android phones take the next biggest piece of the pie, with 34% of the traffic. And Samsung’s devices accounted for a total of 17%. And finally, surprising no one, BlackBerry and Windows Phone brought up the rear at 2% and 1% respectively. That’s equal to the iPhone 5 alone.

Keep in mind, that this data doesn’t tell the whole story. There are certainly more Android smartphones than there are iPhones in the wild. But it’s just interesting to see that more people seem to be browsing the web on their iPhones than they are on any other handset.

What do you make of Chitika’s report?

Some of the best jailbreak tweaks for typing on iOS 14