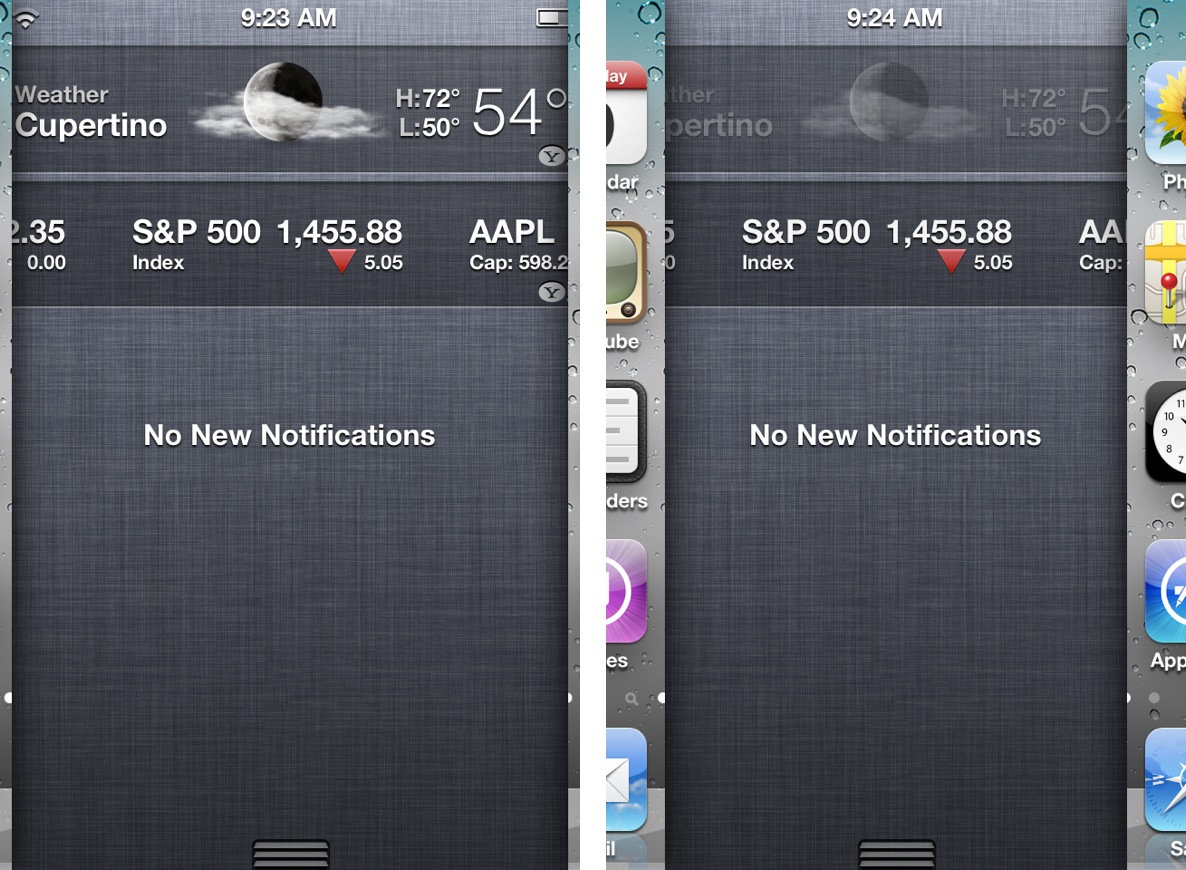 Ostium is a new jailbreak tweak that adds a screen splitting animation to Notification Center. The tweak works with a two finger pinch gesture, along with the more traditional slide from status bar gesture.

At first it appeared that the developer was only going to release Ostium for iPad, but iPod touch and iPhone support were added late in the game. I can definitely see the two finger pinch being more suited for the iPad’s larger screen, but as you’ll see, it works reasonable well on the small screen too.

Ostium features a settings app that allows you to disable the split screen effect for the traditional Notification Center gesture (slide from status bar), along with outright disabling the springboard two finger gesture.

There’s also an option to enable Notification Center’s slide animation, for a combination of both styles. Personally, I prefer to leave the slide animation off, because it makes the tweak’s effect more pronounced. 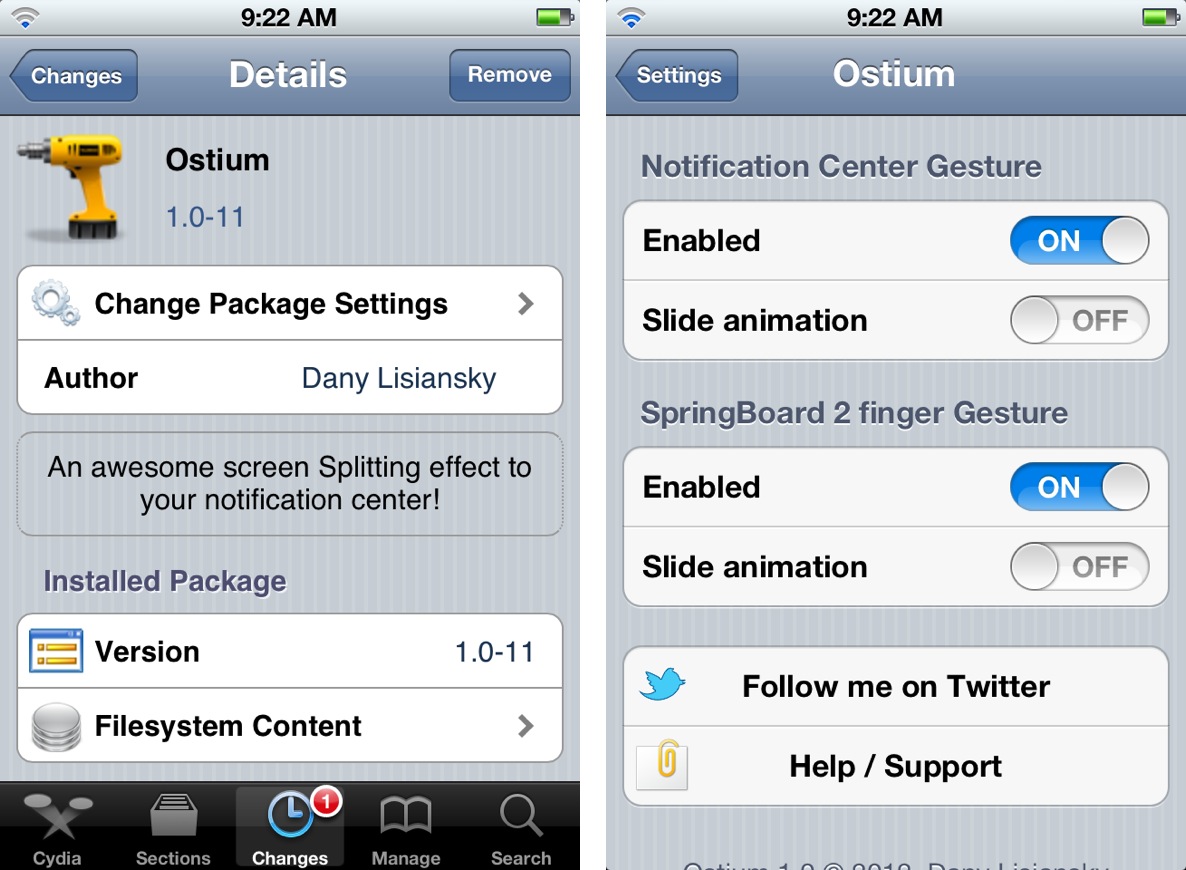 I think it would have been even cooler if the developer added a visual zipper teeth for a true unzip animation, but I’m not sure if that’s what they had in mind in to begin with. I’m just thinking out loud here.

Ostium is available on Cydia’s ModMyi repo for $0.99. If you decide to try it out, let me know what you think about it in the comments below.