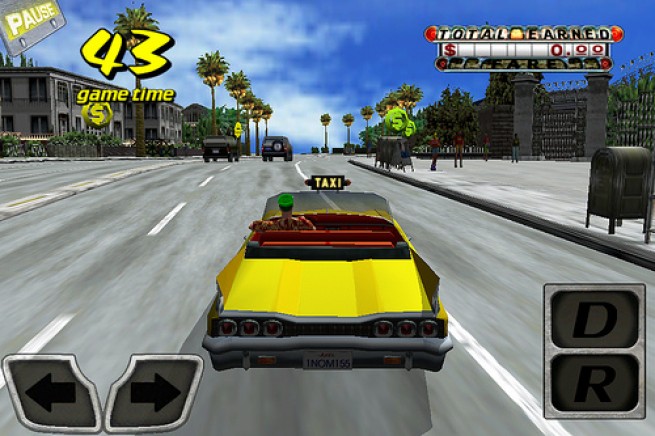 In a blog post yesterday, Sega announced that it was going to be bringing its popular Crazy Taxi game to iOS this month. The title, which was the first in the Crazy Taxi series, started out as an arcade game, and has since been ported to several different consoles.

In addition to the announcement, Sega also posted an [extremely] brief trailer that shows gameplay footage from the upcoming iOS version, along with the message “Relive the madness on iPhone, iPad and iPod touch. October 2012.” Video teaser after the break…

The short clip doesn’t contain much information about the upcoming release, but it does offer a few details. For starters, it gives us a timeframe for release, which is sometime this month. And it looks like Sega has decided to resurrect the original Offspring soundtrack.

For those of you who aren’t familiar with the game, Crazy Taxi is an open-world racer that revolves around a taxi driver whose job is to pick up customers and get them to their destinations as quickly as possible. The lower the times, the more money you receive.

Though we’ve seen it done several times, console-to-touchscreen ports aren’t always successful. So it will be interesting to see how Sega implements controls for Crazy Taxi. We’ll keep our eyes peeled for more information, and will let you know as soon as it drops.

So, who’s excited for Crazy Taxi on iOS?