In addition to discovering aluminum is softer than glass, some iPhone 5 users are now reporting issues with light leaks. It’s unclear whether this is a minor manufacturing issue affecting a small portion of users or a widespread problem. People may not even be aware that their device is leaking light as this becomes apparent only in low-light situations and for many it’s not even a biggie. Did you spot light leaking out of your iPhone 5?

A thread on the MacRumors discussion forums describes a problem where some white iPhone 5 models have a streak of light leaking from in-between the glass panel and the structure. 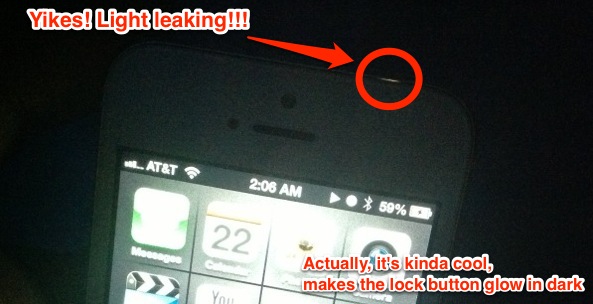 The light leak and loosening chamfer on BGR’s defective iPhone 5 was a 64GB white and silver model running on AT&T.

The light leak is unnoticeable except when the iPhone 5 is used under low-light or completely dark situations.

Another guy had his iPhone 5 replaced by Verizon due to stripes of light that appeared after the carrier fixed a loose battery. 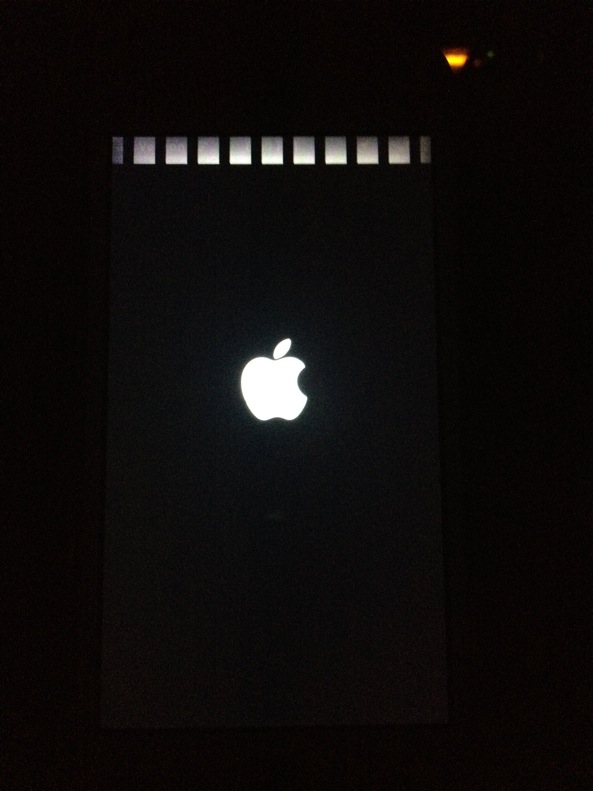 According to a poster, Verizon “said they were aware of some sort of light issue and promptly replaced the device with a brand new one out of the box”. 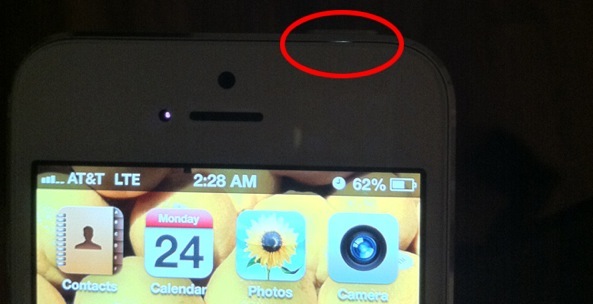 User “vineetnangia” says he got his unit replaced in an Apple store, but to no avail as the second unit still exhibits the same issue.

Despite Apple’s ultra-precision manufacturing processes, the Rolex of smartphones is nonetheless prone to teething issues like other gadgets.

Does your iPhone 5 suffer from light leakage?