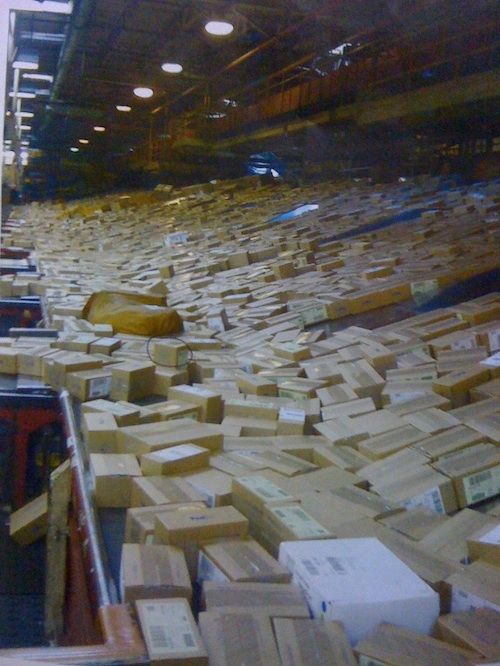 So, you pre-ordered your iPhone 5 the minute it was announced. Turns out, you may have better luck landing an iPhone by standing in line. The latest victim of the iPhone’s own success: electronics giant Best Buy. The company now says it may not have enough of the highly-sought handsets to meet demand, emailing some unlucky souls that they’ll need to wait up to mid-October.

“Based on current inventory allocation, we understand we will not have enough iPhone 5 devices to fulfill all pre-orders this weekend,” according to a Best Buy internal memo obtained by 9to5Mac.

Instead of an iPhone 5, some Best Buy customers will receive an email pledging to offer the smartphone “no later than 28 days” from Friday’s launch.

Best Buy is not the only mega retailer raining on some customers’ iPhone parade. Earlier this month, Walmart said it could not promise the Apple handset would be available on the Sept. 21 launch date. While these two reports are the first confirmations of kinks in the Apple supply chain for consumers, the Cupertino, Calif. company said shipping the device from its Apple Store could also be held up for 3-4 weeks.

As someone who has watched five previous iPhone launches, this situation of too few handsets to meet immediate customer demand is completely avoidable. Consumers are asked to believe that Apple, which runs the tightest and most closely-managed supply chain cannot forecast end-user demand and plan accordingly.

Instead, it is easier to see a managed shortage that with every airing of long lines in front of Apple Stores with exhilarated buyers hoisting white boxes deepens the image of Apple products as a rare gift unto the consumer world. Just as Apple has managed the hype machine preceding a product’s launch, the stories of hard-to-find iPhones only fuel the fires. This culminates in Apple’s surprising post-launch announcement of record-breaking sales. Indeed, these events are about as surprising to oldtimers as the rising of the sun.