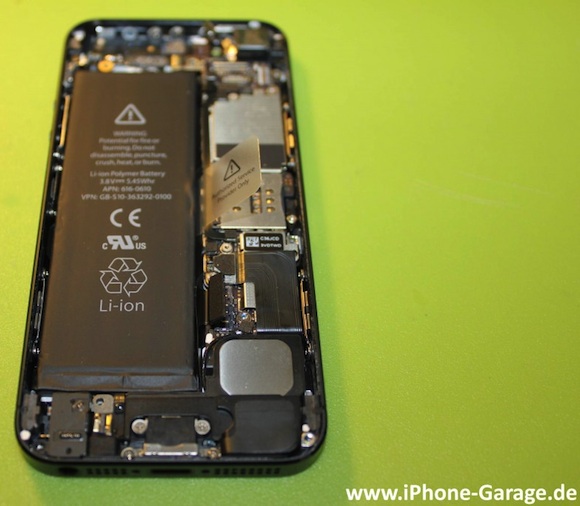 …but it ain’t a kind of thorough analysis we’d come to expect from repair experts iFixIt. Instead, a German blog has obtained an iPhone 5 and pried it open, exposing the innards of Apple’s new device to the world. As you know, the iPhone 5 goes on sale in the United States and eight international markets tomorrow at 8am.

This teardown does prove, however, that a bunch of parts that leaked in the run-up to the iPhone 5 keynote were legit. The layout of components appears to closely resemble both the slides and the promo video Apple execs used during the keynote. For true teardown analysis, we’ll have to wait until iFixIt gets their hands on the iPhone 5…

German-language web site iPhone-Garage has a bunch of additional images so make sure to check out the source link for additional perspective. 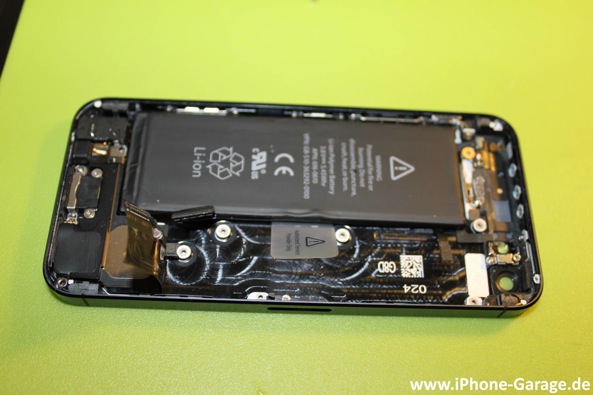 This year’s device, like previous iPhones, is all battery. 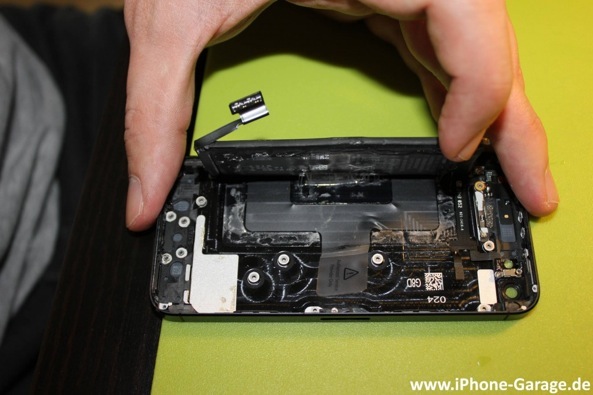 The innards are easily exposed once the battery is removed. 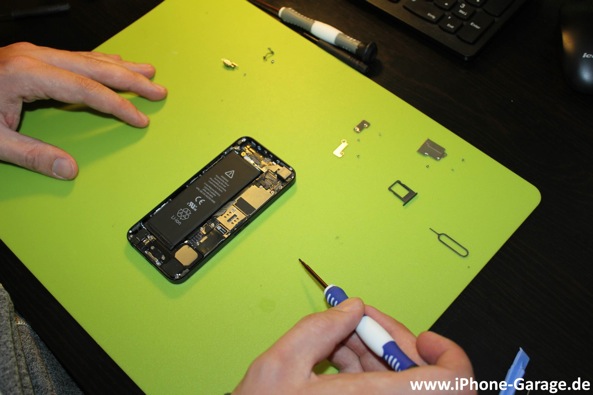 Apple’s precise manufacturing extends to the inside of the device. See how tight the components are packed? Hey, this is Apple – no cubic millimeter of space gets wasted. 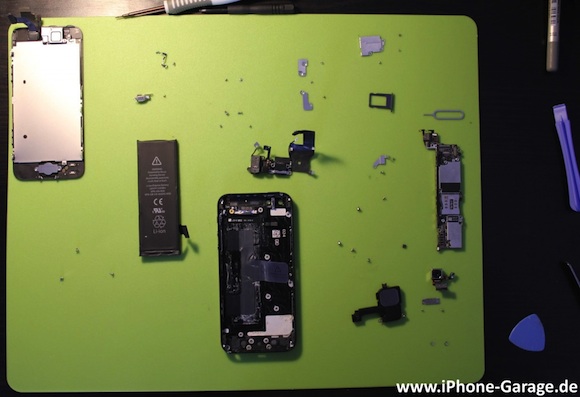 Torn to pieces, the iPhone 5 doesn’t look so fancy anymore, no?

If you can glean anything worth mentioning from these photos, please share your observations down in the comments.