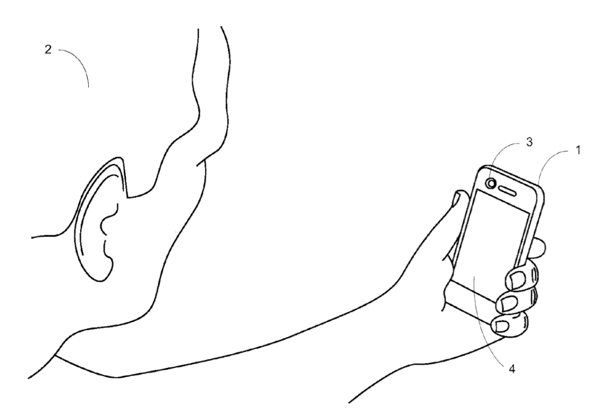 Google with Android 4.0 Ice Cream Sandwich introduced a new way to unlock a device using facial recognition technology. It doesn’t always work as intended (especially in low-light situations), is taxing on resources and can be hacked. Still, face unlock is one of the “wow” capabilities Android phone owners like to brag about.

Samsung took facial recognition to the next level with the Galaxy SIII smartphone. The device tracks eye movement, preventing the screen from going dark when you’re looking at it. According to a patent filing published Thursday by the United States Patent & Trademark Office (USPTO), Apple is researching automatic facial analysis to automate locking and unlocking of future iPhones, iPads and iPods…

According to the filing, an unlocked mobile device could be configured to capture and analyze the images in order to detect a user’s face. If your face doesn’t appear in the images, the system would automatically lock the device.

The camera capturing and face recognition processing may be triggered by the device having detected that it has been motionless for a threshold period of time.

A locked iOS device could also tap an accelerometer sensor to detect when it’s being moved, telling the camera to snap an image and match it against the user’s face.

Of course, it’s fairly safe to assume that Apple’s solution – if implemented – would “just work” versus the somewhat clunky face unlock experience in Android.

Security is another problem with the Android solution: someone can simply pull your photo from the web and unlock a stolen device, as seen in the below clip.

Another patent unearthed last December serves as a good indication of how Apple might implement face unlock to allow the device to be reconfigured, based on the user that is detected. For example, wallpapers, icons and settings could all be changed depending on the user that has been detected using the device’s built-in camera.

This is what face unlock in Android like in the perfect world.

Being a Galaxy Nexus user (with Jelly Bean installed), I must say that face unlock is a feature I only use seldom, mostly to impress my friends.

It’s taxing on the battery, isn’t accurate enough and is just too slow a way to unlock my device.

Is face unlock something you’d love to see implemented on Apple’s iOS devices?