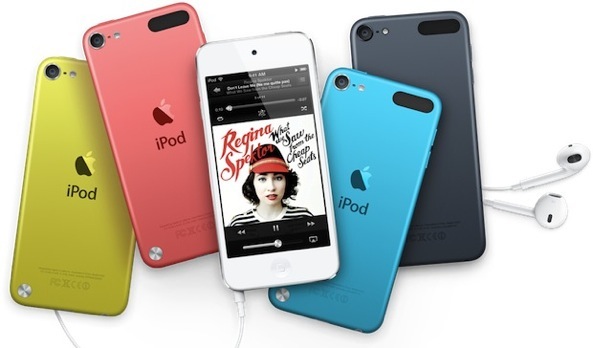 First the iPhone turned the concept of mobile phones on its head, offering consumers apps as well as a dialtone. Soon, handsets became the go-to devices for taking snapshots. Now the iPod touch — a master at upending the market for music — is set to become your favorite point-and-shoot camera.

The new iPod Touch gains a 5-megapixel camera that also includes high-def images and Panoramic views. Now experts say the Touch has all the makings of a rival of the grab-and-go digital point-and-shoot camera. “I think this new Touch will appeal to many people both young and old, who are looking for a point and shoot camera that does more than just take photos,” writes Glyn Evans at the iPhoneography blog.

The iPod touch is seen as the perfect Apple device for the photographer who loves what the iPhone 4S can do (the 4S is the most-used camera by Flickr photographers) but don’t want or need the iPhone. Along with the same screen, video dimensions and image stabilization as the iPhone 5, the new iPod touch also offers the same access to apps. Those apps enable photographers to shoot, tweak and share photos without any second step, like moving to another device.

Plus, the new Touch has a loop for a lanyard. A mostly overlooked feature is actually a huge sign from Apple that the company wants the Touch not in people’s pockets, but dangling around their wrists, like a point-and-shoot camera.

Just as digital spelled the demise of film, the single-purpose point-and-shoot camera may very well be looking at its end of days. What do you think? Are you using your iPhone more often than a traditional digital camera?