As Apple fans know, these include the handset’s refined two-tone redesign, HD Audio for crisper phone calls, three mics, better battery life and seamless integration of hardware, software and services delivering the smoothest mobile experience there is, to name a few.

We love Joy of Tech comics and were expecting their take on the “boring iPhone 5”. Here it is…

The comic plays on a pattern we’ve been seeing since the original iPhone introduction five years ago: first, the click-hungry media and opposing blogs pooh-pooh the iPhone. Then, the device goes on sale and everybody and their mother want one. 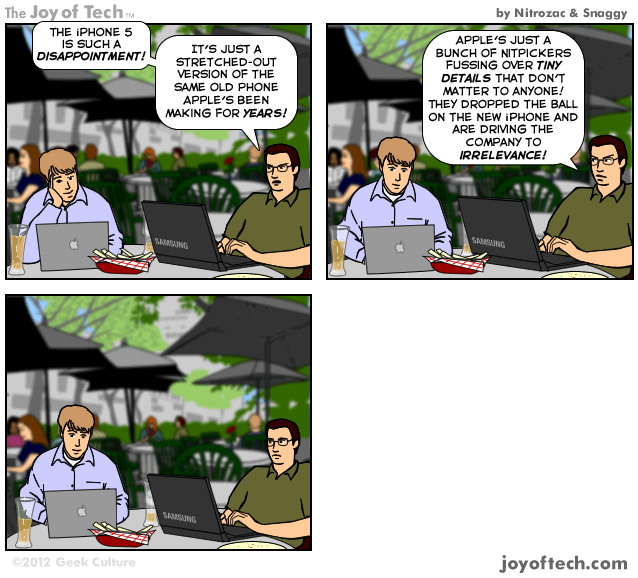 I don’t want to spoil the fun for you so head over to Geek Culture to check out the ending.

And don’t forget to come back and share your thoughts down in the comments.