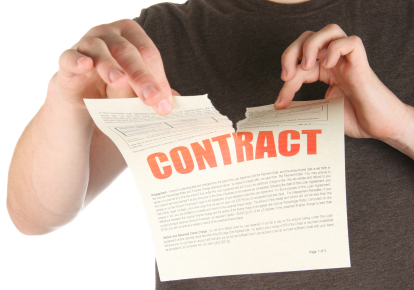 As we told you earlier, AT&T wasn’t budging on their upgrades this time around. If you are in the middle of a current contract, AT&T wants to charge a $250 early upgrade fee, a $36 activation fee, and the price of the actual subsidized iPhone — in my case the $199 16GB version.

After doing the math, that totals over $500 for a new iPhone 5 with a two year contract, which is ridiculous. Why pay that much only to be locked into a contract for an additional two years? Instead, I decided to take this approach, and purchased an off contract iPhone 5…

Since Apple wasn’t planning on selling any off contract pre-orders just yet, going through a carrier like AT&T or Verizon is the only choice at the moment.

The process, as you saw in our previous post, is really straightforward. All you do is select the off-contract iPhone 5 of your choice, select the cheapest month-to-month plan, and order the device.

Here is a screenshot of my final results: 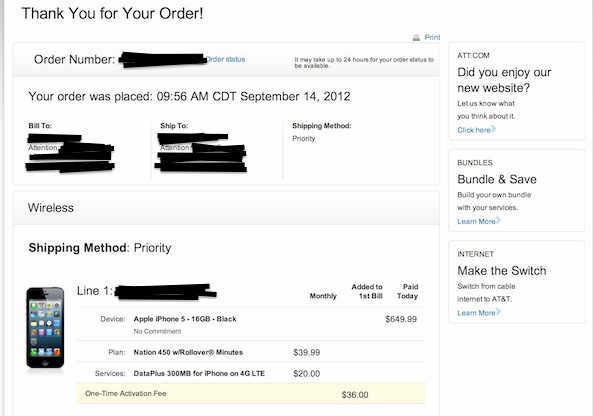 In a nutshell, I was able to score an off contract iPhone 5 for only a little bit over $150 more than a two year contract version, due to AT&T’s silly early upgrade policies this go-round.

Once I get my phone, I’ll cancel service on this new line, and the iPhone will be mine, since I paid full price for it. No ETFs, or other ridiculousness. They should also, technically, waive the Activation fee involved, though I’m not holding my breath. After that, I’ll have them unlock the phone (if not already), and use my current AT&T sim card (which I will cut) that’s in my iPhone 4S, in my new iPhone 5.

Why am I so adamant on having an off-contract phone, when going with a contract would save me a few dollars? Well, for one, it’s principal, but more importantly, it sets me up nice for next year’s upgrade, presumably the iPhone 5S. The fact that I’m not locked into AT&T is great as well. Just the feeling of not being locked down is a good feeling to me. I’m free to roam where I choose, though, admittedly, the options are a bit limited in the States.