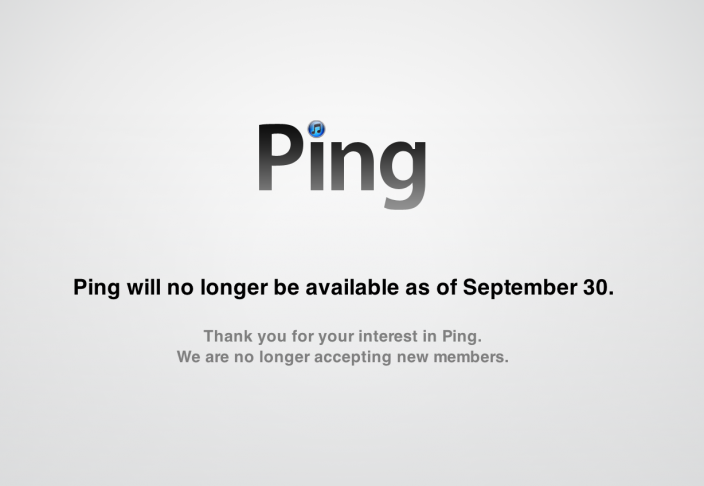 Alongside a slew of other announcements, Apple has posted an official kill-date for its Ping social network. It appears that the service will be going offline at the end of the month.

We’ve known for a while now that Apple’s iTunes-based social network was on the way out. After a quiet release in late 2010, the service has failed to gain much traction with users…

9to5Mac posted the above image, showing that Ping will be officially closed as of September 30th. And as of now, the service is no longer allowing new users to create accounts.

Ping was definitely a failure for Apple, ranking right up there with its MobileMe cloud service and the Power Mac G4 Cube. Plagued with a series of problems, like Facebook’s withdrawal from the project and spam, the network never garnered more than a few million users.

And we don’t expect Apple to make another run at the social networking space anytime soon. It recently added system-level Facebook and Twitter integration to both of its OSes.

Are you a Ping user? Will you miss it?