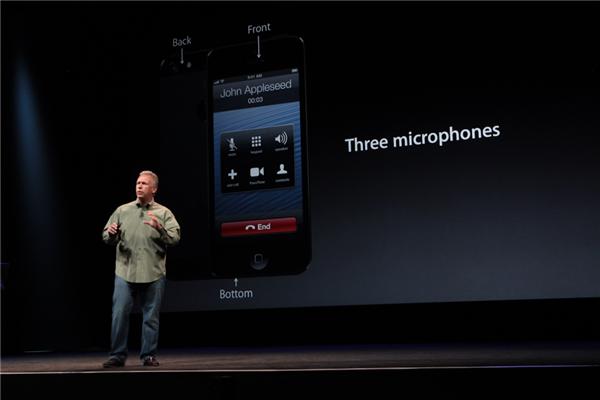 Phil Schiller is still on stage at Apple’s iPhone event and is going over new feature after new feature of the handset. It’s got a 4-inch display, built-in LTE support, an A6 processor and a better battery.

And it also has a new and improved audio system. Apple upgraded both the microphones and the speakers in the iPhone 5, giving it new noise canceling features and “wideband” audio…

The new iPhone now has three microphones, instead of two. One on the front, one on the bottom, and one on the back. The handset also features what Apple calls an “improved speaker design.”

Schiller also touched on the iPhone 5’s new noise-cancelling earpiece — which he explains will make calls easier to hear — along with a new Wideband audio service. Wideband audio can apparently fill up more of the frequency spectrum than normal, and Apple says it will have 20 partners at launch.