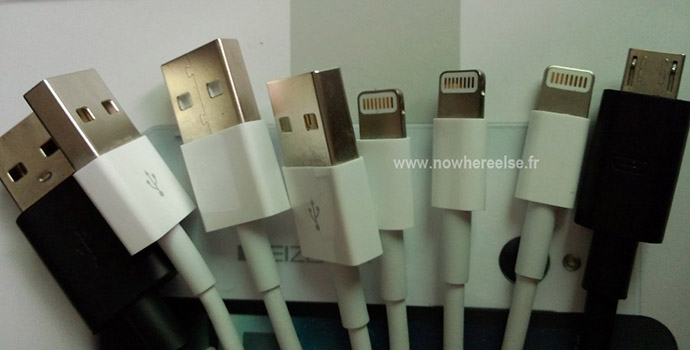 Among the many changes we’re expecting to see in the next-generation iPhone, the new dock connector is one of the most interesting. This will be the first time Apple has changed up the handset’s port since its inception.

We don’t know much about the new connector other than that we think it has 9 pins. And according to these new photos of what is believed to be the sync cable for the new iPhone, it’s about the same size as a standard micro USB… 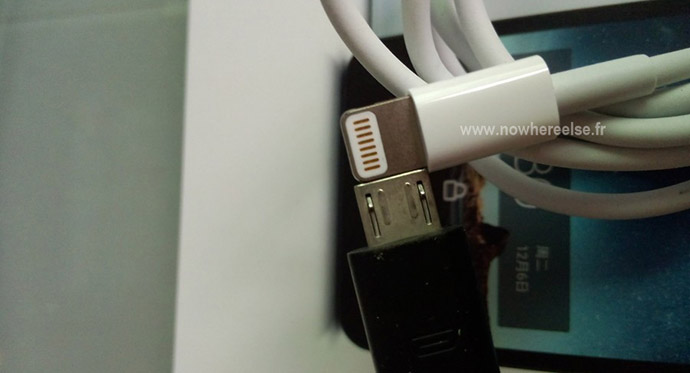 Our friends over at Nowhereelse.fr just published a handful of new pictures of three alleged next-generation iPhone sync cables compared to a micro USB. As originally reported, it looks like the two connectors are fairly similar in size.

“New images released on Saturday compare what appear to be a Micro-A USB cable with the smaller 9-pin dock connector Apple is rumored to be deploying with the sixth-generation iPhone, showing the two components share almost identical dimensions.

The side-by-side comparison shots from French blog nowhereelse.fr were furnished by the same tipster who reportedly sent in some of the first images of Apple’s alleged smaller dock connector in August.”

If you’re only counting 8 gold pins on the connector, it’s because that’s all there is. The metal shell is said to be serving as the ninth contact, which is one of the reasons we believe that the charger will be orientation-independent (reversible).

Common sense tells us that Apple would not be replacing its trusty old 30-pin dock connector, and disrupting its thriving accessory ecosystem, unless it had something much better in mind. So we’re excited to see what it’s come up with.