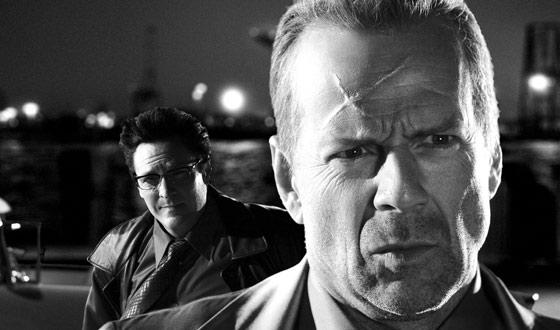 Die Hard trilogy star Bruce Willis is reportedly considering legal actions against Apple over iTunes policy which governs the ownership of digital music files. The actor has amassed a music collection worth thousands of dollars that is being accessed via “many, many iPods”.

The action hero is keen on handing his vast digital music collection legitimately to his daughters Rumer, Scout and Tallaluh upon his death. Conversely, Willis has eventually discovered that under Apple’s pesky rules one does not actually own the tracks and instead borrows them under a non-transferable license.

Deciding enough is enough, the 57-year-old actor is reportedly prepping to unleash legal sharks on Apple in order to break Cupertino’s restrictive digital content policy, which could have major repercussions given Apple’s choke-hold of the music market…

The Hollywood action hero is said to be considering legal action against technology giant Apple over his desire to leave his digital music collection to his daughters.

If he succeeds, he could benefit not just himself and his family but the millions who have purchased songs from Apple’s iTunes Store.

Willis is reportedly supporting proposed legislation in five U.S. states that aims to give downloaders more rights to their digital content.

He’s also considering another interesting option which calls for his lawyers establishing family trusts as the “holders” of his downloaded music.

Actually, this same issue also piqued my interest three years ago, when I argued in a piece over at Bright Side of News* that Apple should allow folks to sell the apps they had bought for their iPhone.

When you think of it, this should be imposed by the letter of the law. You can legally sell purchased boxed software to anyone so why wouldn’t the same customer freedom apply to downloadable software for mobile devices?

I also wonder why it is taking so long for consumer advocates to bring this issue before the general public and pressure Apple into providing a satisfactory solution.

Over at Geek.com, I also opined that people should be entitled to read electronic books on whatever device they choose, regardless of their platform or device preference.

As for mobile and desktop apps sold via the App Store and the Mac App Store, Apple’s policy is clear: your rights to purchased apps are limited to a nontransferable license to use them only on iOS devices and Macs that you own or control.

Music ownership was managed in a stricter manner back in the days when Apple had been enclosing music files in its FairPlay digital rights management solution to prevent unauthorized use.

Then Apple dropped DRM in favor of unprotected MP3s, making it easy to create copies of songs for personal use and play tracks on non-Apple devices. It’s the lack of DRM which also complicates any possible solution that might enable one to legally weave rights to their songs and transfer ownership to any one person.

Because those unprotected MP3s can now be easily be copied and used on multiple devices (though Apple still embeds a buyer’s Apple ID in song meta data).

At the end of the day, it’s a legal rather than technical matter.

All Apple needs to do is talk to labels, gain approvals for broader music rights and update iTunes terms of service.

Do you think Apple should broaden our rights to use digital content purchased via its many stores?