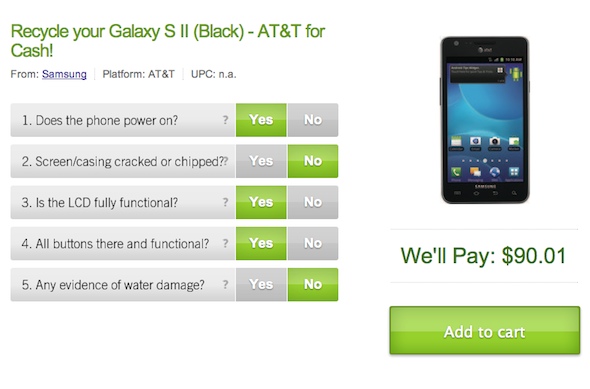 While everyone is trying to figure out how Apple’s recent court victory over Samsung will affect the smartphone market, the ruling is already making a fairly significant impact in the resell space.

The folks over at Gazelle, a popular gadget reseller, say they’ve noticed a a 50% increase in Samsung handsets since the ruling. And the surge in availability has negatively affected their resell price….

MarketWatch has the story:

“Gazelle.com reports a 50% increase in Samsung smartphones over the past three days, which has led to a 10% drop in prices for those devices. “Consumers seem to be jumping ship,” says Anthony Scarsella, chief gadget officer at Gazelle.com. “We expect this trend to continue, especially with this latest verdict.”

The report goes on to say that many experts are predicting that prices will continue to drop as Android phones flood the market. They attribute this behavior to customers becoming increasingly uncertain about the future of Android upgrades, and even current features, due to Apple’s victory.

And the story checks out. At the time of writing, online reseller NextWorth is offering just $90.01 for an AT&T Samsung Galaxy SII handset in good condition, and a healthy $175 for a similar iPhone 4. But to be fair, Apple products have always held their value better than their Android counterparts.

This is just one of the many ripple effects we expect to see from the Apple and Samsung verdict, and the battle isn’t even over yet. Earlier today we told you that an injunction hearing for the two companies had been set for December 6th, where Apple will try to win a US sales ban on some Samsung’s products.