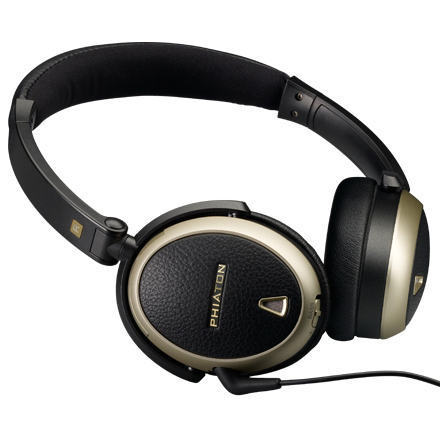 Priding itself on accomplishing the perfect combination of “natural soundstage, wearability and eye-catching appeal,” Phiaton is part of the Cresyn Co., which produces components for many of the world’s best-selling headphones, earphones, and speakers. The parent company’s philosophy is to focus on innovation and quality, which motivates its 12,000+ global workforce.

The Phiaton PS 300 NC headphone is a testament to creativity, build quality, and practicality. From supple genuine leather ear cups and premium leather grade trim to the included custom cut travel pouch, the “Primal Series” 300’s stand tall against the competition and sound great. To walk through some Pink Floyd and Skrillex, read on… we wouldn’t want you to miss your chance to win one of three pairs of PS 210 earphones.

Often, your mother told you not to judge a book by its cover, but when it comes to electronics, I disagree. Having reviewed a myriad of different tech devices over my span as a blogger, it is clear any company obsessing over packaging also obsesses over product quality. When I pulled the PS 300 packaging from the shipping box I uttered a small “wow,” which means a lot coming from someone who is the office “fun sponge.” 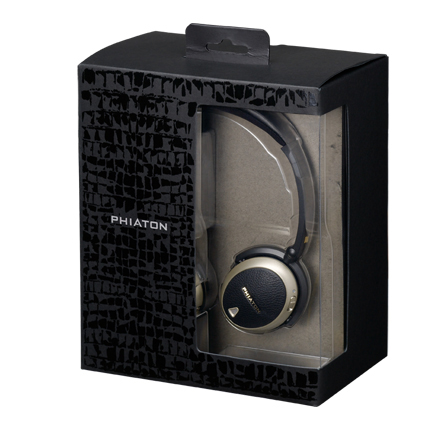 Before even cradling the headphones, the impression started at first-sight. Just opening the product box is a pleasant experience. Once birthing the headphones from the somewhat complicated internal crate, I quickly noticed the stand out features. The luxury begins with the genuine leather ear cushions. In addition, atop the band is a cushioned support to prevent a headache after long sessions. Larger, quality headphones are often difficult to pack up for travel, but the 300’s ear pieces swivel and collapse into the band.

The noise canceling system is powered by a detachable Lithium-ion battery, which Phiaton claims will operate for 18 continuous hours. Just in case you are rocking longer than that, an additional battery is included! As the battery is proprietary, one cannot simply stop in the airport newsstand for a pack of “AA” batteries. I appreciate the rechargeable batteries to avoid long-term expense, but also prefer being able to grab batteries anywhere I may need them, which is not afforded by the 300’s.

I always like to start with the disclaimer that I do not consider myself an audiophile, but I do have a high standard for electronic accessories. To put the 300’s through the paces, I listened to a range of music, from classical to hip/hop and rap. Below is a walkthrough of some of my musical selection.

Vivaldi’s violin concerto, La stravaganza, is, to state the obvious, a testament to the beauty of the violin and stringed instruments. The headphones clearly expressed the nuances of each note in a crisp and satisfying manner. The mids were very warm and rich while the high shrill of the violin was clean and undistorted. I much prefer to listen to this song with the 300’s than on my computer speakers or even my home surround sound.

Picking it up a bit, I spent a while chilling with Pink Floyd’s Comfortably Numb. The classic rock piece, like La stravaganza, offered a large amount of warm mids and occasional highs. The beat is soft and subtle, but punchy. The vocals are clear and the whole song easily surrounds the listener with a rich full sound. With the 300’s I feel engrossed in the music and attentive to its subtleties. I had similar feelings with The Doobie Brothers, The Eagles, and Chicago.

Then, there is current Top 40 hits which is mostly comprised of pop music. Not afraid to admit my small obsession with Katy Perry’s music, I ran through Last Friday Night, Wide Awake, and others. The beat is more pronounced in pop music, which was well replicated with the 300’s while voice was clear, crisp, and clean.

To round out my article, I cranked up some Skrillex to really test the low end of the frequency range. The headphones have a built in bass booster that noticeably gives the intended effect. Rolling through More Monsters and Sprites, the 300’s performed very well. The lows and highs were both well enunciated and no distortion was perceived, even at wife-upsetting-volumes. While the bass booster adds additional flare to the bass hits, the actual punch I was hoping for was not exactly what I received. Granted, I mostly use earbuds, which directly drive the bass into my ear drums, I still expected a really hard hit from the 300’s on a few of the Skrillex tracks. 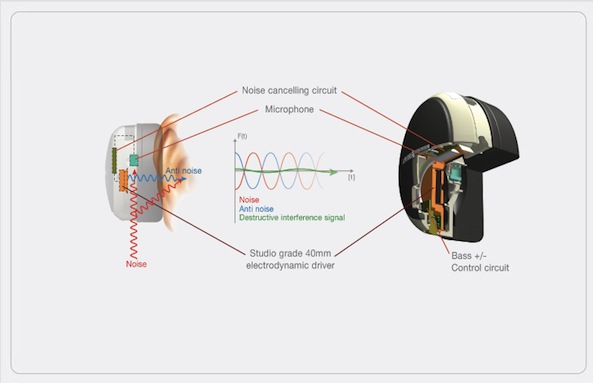 The noise canceling is difficult to judge. I started my test pitting the NC technology against the TV on my desk. It did somewhat muffle the newscaster, but I could still easily make out the conversation without any music playing. Moving to a white-noise test, I headed to the bathroom sink. With the water running, I clicked on the NC switch. The constant shhhhhhhh, you know what I mean, was completely canceled, but the sporadic splashes were still audible. To Phiaton’s credit, I have never tried on a pair of NC headphones that completely muffled sound, even at fancy competitor store fronts. Noticeably, the 300’s NC system works, but the level at which the noise is actually canceled will depend on each user’s personal judgement. If the NC feature is the main reason you would consider this pair of headphones, I would pass.

With a high price tag, the ultimate question is always: are they worth it? The bass did not hit as hard as I expected, but the overall audio experience will not be easily matched. However, the headphones alone are not worth the high price, but the whole package is certainly worth the financial burden. A customized travel case goes a long way in my book, especially when it includes small pockets for the battery charger, extra battery, and adapters. The extra battery alone is a quality inclusion. Finally, I was impressed the charger came with international power plug adapters and as a frequent traveler, this makes things much easier.

The Phiaton 300 NC’s ($299 at Amazon) are certainly the nicest pair of headphones I currently own and I must take a second to personally thank Phiaton for sending them over for review.

In order to win the Phiaton PS 210 earphones:

A winner will be picked and contacted by the end of the week via Twitter DM.

Good luck to everyone, and thank you to our friends at Phiaton for making this amazing giveaway possible!

And the winners of our giveaway are @randomprice, @direkt555, and @exon1x. Thanks everyone for participating in this awesome giveaway that wouldn’t have been possible without the fine folks at Phiaton. Stay tuned for more giveaways!