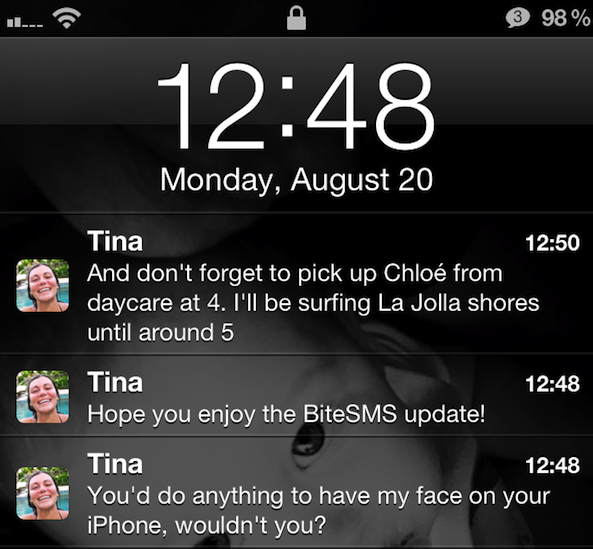 I have a love/hate relationship with BiteSMS. On the on hand, it’s my most used application and I can’t seem to find a decent replacement that offers as many features, but on the other hand, it’s the only application that often causes my iPhone to crash.

I’ve tried to replace it many times but I always come back to it simply because its feature list has been unmatched so far. Today, BiteSMS gets that much better with version 6.3 now available in Cydia…

Like every new release, BiteSMS 6.3 is coming with an array of bug fixes, which hopefully will mean less crashes for me. Among the fixes, our friends from China will be happy to learn that BiteSMS 6.3 fixes the Emoji character encoding bug, while iPad users will most likely appreciate that layout issues have also been taken care of.

Besides the usual bug fixes, BiteSMS 6.3 also comes with:

All these new features can easily be set directly from BiteSMS’ Settings panel.

BiteSMS is still a free download in the BigBoss repo, but it’s worth noting that the free version is ad supported, and won’t give you the ability to use the themes. The developer of BiteSMS is currently discounting the app to only $5 instead of $9.99, so if you haven’t purchased your BiteSMS license yet, now is the time.