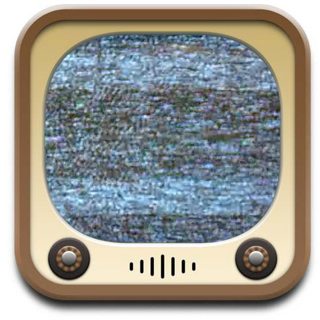 Yesterday’s release of iOS 6 Beta 4 has brought another proof of the de-Googlification of iOS, with Apple unexpectedyl removing the native YouTube app because “our license to include the YouTube app in iOS has ended”. Google, of course, was quick to point out that it will be releasing its own YouTube client on the App Store shortly.

It’s much ado about nothing, really: the vast majority of videos embedded in web pages play in-line in the mobile Safari browser and users can always browse a much larger selection of clips via the mobile YouTube site.

That didn’t stop Twitter and Techmeme from lighting up yesterday with hysteric reports over Apple’s move. Heck, it apparently rattled one guy so much that he announced switching to Android…

So, first Siri began diverting lucrative local search queries away from Google, then Apple replaced a Google Maps backend with its own Maps in iOS 6 and now the native YouTube app is a goner. And the process of de-Googlification of iOS could become even more aggressive if this patent is anything to go by.

Perhaps the removal of the stock YouTube client signals Apple’s own video sharing solution through iCloud, as The Wall Street Journal recently asserted.

But let’s disregard the controversy for a bit and focus on the app itself.

We’re asking you to honestly tell us right below how often you were using Apple’s YouTube client on your iPhone, iPod or iPad.

Some of the headlines worth mentioning include The Verge‘s Niley Patel who opined that “Apple and Google both win by killing the native iOS YouTube app, but we all lose” and The Next Web‘s Matthew Panzarino who wrote that “it’s all about money and machismo”.

As for me, I was initially a heavy user of the YouTube app when the first iPhone came out, simply because I had never watched YouTube clips on my cell phone before. That said, the novelty quickly wore off and soon the app began to annoy me.

I was beginning to hate its clunky design and above all was enraged with the restrictions imposed on certain clips which only could be viewed through the mobile YouTube site (for example, try searching for Vevo music videos via the YouTube app).

Last, but not the least, it’s beyond my comprehension that Apple didn’t see fit to improve the app over time apart from a couple nice-to-haves, such as new YouTube sharing options in iOS 6.

If you’re looking for a great YouTube replacement for your iOS device, look no further than FoxTube. It’s a bit pricey ($3 for the iPhone/iPod touch version and $5 for its iPad counterpart), but does away with mobile restrictions and sports a rich set of features, like video quality settings ranging al the way up to 1080p, background audio, pinch to zoom, aggressive caching and scheduled playlists, to name a few. 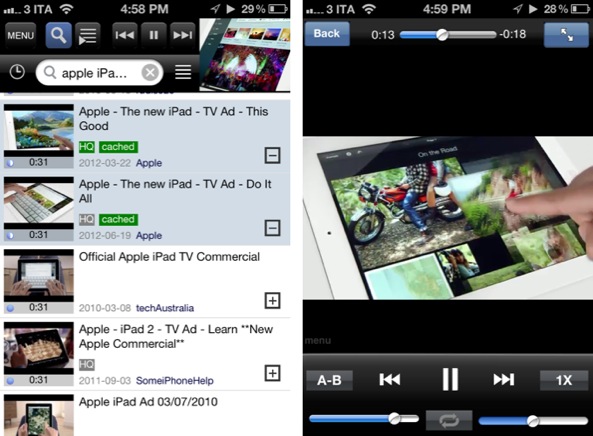 Per usual, MacStories editor Federico Viticci has a nice review up you’ll want to check out.

I bought FoxTube based on Federicci’s write-up and never regretted spending eight bucks just to have a much better YouTube experience on my iPhone and iPad.

With that in mind, you’re invited to detail your feelings about the YouTube app gone missing in iOS 6 Beta 4.

And please, do tell us whether or not you were using the native app actively on your iOS device.