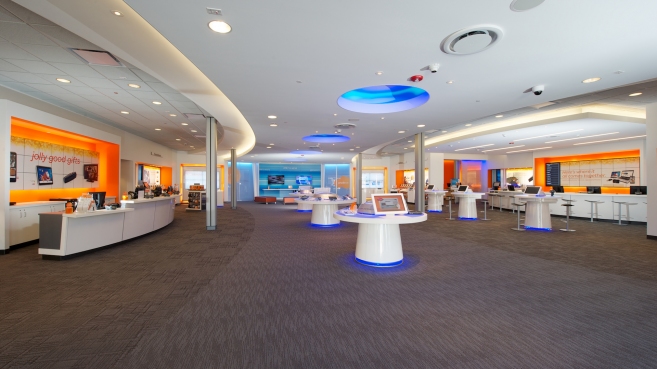 For the past decade, Apple has been setting the bar for retail chains. Its well-placed, well-designed stores have been the envy of all other outlets, with their iOS device-toting salesmen and shopper-friendly layouts.

Several retailers are starting to catch on, though, and have begun remodeling their stores in Apple’s image. And it looks like AT&T is next. It seems the carrier is going to start replacing its POS computers with iPads…

9to5Mac is reporting that it has learned that certain AT&T stores are testing iPhones and iPads running a watered-down version of the company’s point of sale system. Currently, these systems are only good for accessory purchases, but in the future, the iPads are expected to fully replace their computers.

“While AT&T plans to complete this rollout to all of its physical retail markets within a “couple of years,” according to sources, AT&T will begin aggressively deploying these new iPads for a larger test phase in a certain amount of markets by early next year. We’ve heard that a handful of markets have begun testing these iPads already within the past couple of weeks.”

The idea behind the new POS system is that it will make sales reps more mobile, allowing them to step out from behind their counters. It’s believed that this will improve customer experiences and speed up transactions.

Interestingly enough, Verizon, over the past two years, has been moving a majority of its POS desktop computers over to tablets (Windows-based tablets) for similar reasons, but it too recently decided to start the move to iPads. In fact, from what we’ve heard, the carrier was expected to start testing an iPad-based POS this month in some markets, but security issues have delayed the launch.

At any rate, the fact that two of the country’s largest wireless carriers are looking to move to more streamlined, iPad-based point of sale systems is a total win for customers. Expect other retailers to follow suit.