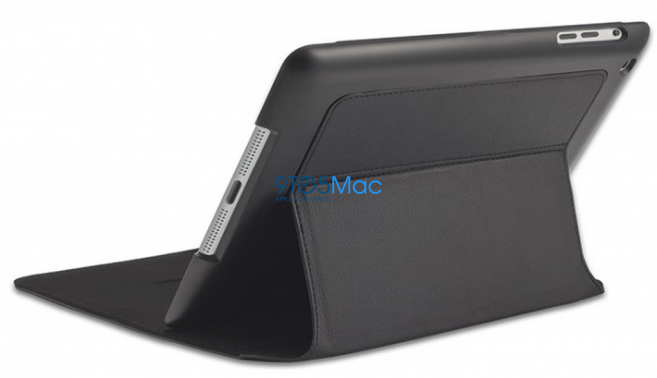 Now that it’s been all but confirmed that Apple will be hosting a media event in September, the spotlight turns to the focus of the meeting. Obviously, a new iPhone is a given. But what else will Apple be unveiling that day?

One report suggests that we could see the rumored iPad mini at the event, although there is still no actual evidence that such a product exists. But that’s not stopping case-makers from ramping up production…

9to5Mac points to some new DeviceWear cases that surfaced on the web earlier today, and appear to be made for a smaller iPad. The images were taken down shortly after they went live, but 9to5Mac was able to score a couple of photos.

“Now we’re seeing a first glimpse at some iPad mini cases. According to a few tips we received, case maker DeviceWear posted and took down a website for their own iPad mini cases. We’re not too sure what to make of that, but last year, case maker Case-Mate did the same for the iPhone 5. “

As you may recall, the iPhone 5 design depicted in the Case-Mate images turned out to be fake — likely a publicity stunt that was piggybacking on the media attention and anticipation surrounding Apple’s new iPhone.

But real or not, these images do depict a smaller iPad that lines up perfectly with previous reports. The tablet appears to be extremely thin, and has the smaller 19-pin dock connector that Apple is expected to start using in its iOS devices from here on out.