Apple’s $356 million acquisition of mobile security firm AuthenTec (already under investigation, by the way) has been already deemed by one analyst as a move meant to bolster security of iOS devices in enterprise. Now another analysts chimes in with speculation that the transaction, still pending approval, will probably help Apple create a mobile payment system around future iOS devices built around an e-wallet fingerprint service…

The largest feature that could be added due to the AuthenTec acquisition would be a move to an e-wallet fingerprint service.

While the current security offerings for the iPhone are solid, we believe fingerprint security could allow for a secure mobile e-payment service offering.

AuthenTec’s hardware and software could theoretically be used in future iPhones to let one unlock the device and make payments simply by swiping their finger over a built-in touch sensor aking to fingerprint sensors seen on many HP notebooks, for example.

The analyst’s view is shared by writer Mike Elgan, who similarly speculates that AuthenTec’s technology potentially gives Apple’s devices the bets user identification system there is:

AuthenTec technology would help Apple offer a system that’s secure, even over something as inherently insecure as Bluetooth.

This actually makes more sense to me than the notion that Apple bought AuthenTec for enterprise security. The next iPhone is supposed to come with an NFC chip for secure wireless payments. 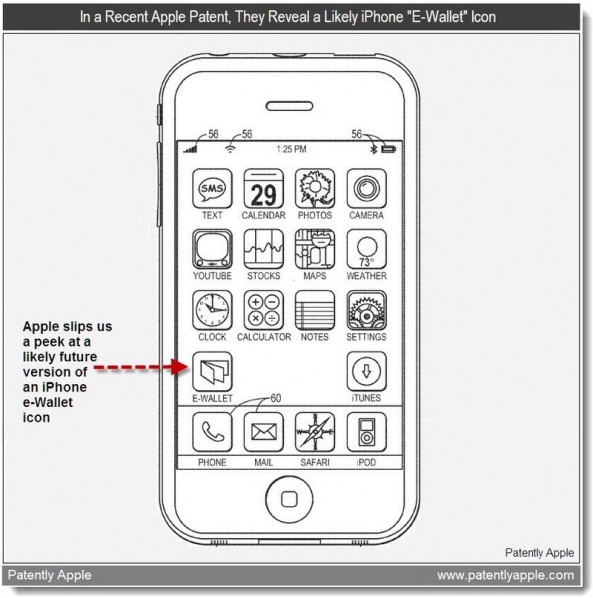 One of Apple’s many patents depicting an iWallet service which could stem from NFC technology inside the next iPhone.

The company has been filing lots of patents related to mobile payments technology, such as this iTravel patent that describes the new PassBook app in iOS 6 interacting with NFC hardware for some really interesting possibilities.

AuthenTec makes smart sensors with fingerprint swipe technology. Its swipe sensors are found on most PCs from the likes of Hewlett-Packard, Dell and others. The company runs at a loss, despite annual revenues in the neighborhood of $70 million.

One thing is certain: following the Apple deal, AuthenTec will likely shed all of its customers. Coincidentally or not, these include Samsung which just last month cut a strategic partnership with AuthenTec that was supposed to bolster enterprise security of its future Android smartphones and tablets.

What do you think Apple will use AuthenTec for?