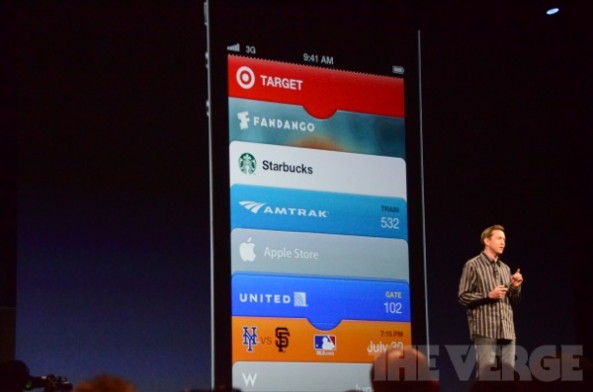 When a high-ranked Apple executive says Apple won’t do something, expect quite the opposite. So when Apple’s worldwide marketing chief Phil Schiller told the Wall Street Journal that Passbook, a new app in iOS 6, won’t be a direct payment product, there was more to his words than met the eye.

We’ve also heard countless rumors involving an Near Field Communication NFC chip coming to the next iPhone to provide a hardware basis for secure contactless payments on the go. Apparently, recent code dumps that broke the taller iPhone news also indicate that NFC controllers are directly connected to the power management unit of the next iPhone…

Folks like SITA’s CTO Jim Peters are convinced that Apple will make NFC happen with this year’s iPhone revision, said to be slated for launch in October. He expects 2012 iPhones with NFC to dominate e-tickets.

Noting that carriers, handset makers and Google are all trying to upend one another in order to take a cut of NFC transactions, he observed Apple’s focus on the end user will help the company mainstream mobile payments:

Who is thinking of the user? Apple. They don’t argue about it with anybody. They came out with Passbook last week, which is an electronic wallet that they are going to start putting stuff on.

He then dropped the bomb:

They are going to get people using it (the Passbook application) and then all of a sudden they will allow credit cards to be used in there, on the next iPhone, which will include NFC.

Speaking at the annual Air Transport IT Summit in Brussels, Belgium, Peters summed it up:

You need to get ready, this is coming. This is going to happen. By the end of the year the majority of smartphones that you go and buy will have NFC on them. If in October the next iPhone comes out and it has NFC on it, it’s game over.

MasterCard’s Ed McLaughlin is also adamant that Apple is working on a wireless mobile payment system that involves NFC and iTunes, recently dropping the following hint:

I don’t know of a handset manufacturer that isn’t in process of making sure their stuff is PayPass ready.

Seth Weintraub, who runs 9to5Mac, notes the possible implications of NFC hardware in the next iPhone:

The implications here are obviously monstrous. With the recently announced PassBook application (which we detailed prior to its announcement while speculating about an NFC tie-in), Apple will be set to compete with Google Wallet and the similar service Microsoft unveiled last week.

And provided Cupertino partners with payment processors, it could process real-world transactions via iTunes:

NFC would also allow iPhone users a quick and easy way to share files from one iOS device to another.

I think it’s inevitable that NFC is coming to iPhones now that Google and Microsoft have made some moves in this space. The market for mobile payments is on the verge of exploding and Apple needs a solution to compete.

Not everyone agrees with Weintraub, though. 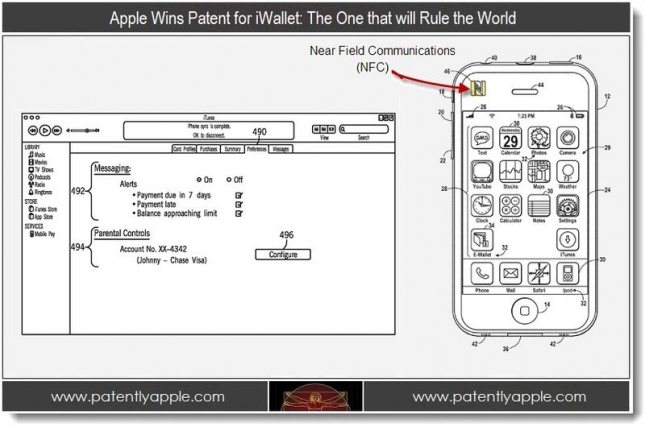 One of Apple’s many patents involving NFC technology.

Mike Elgan speculated in his Cult of Mac article titled Inside Apple’s Secret Plan to Kill the Cash Register that Apple could instead tap Bluetooth 4.0 technology for iWallet.

“It’s already in your pocket”, John Brownlee explained in another post at Cult of Mac, apprehending the fact that Bluetooth 4.0 is already found on latest iOS devices.

So. theoretically speaking, all Apple needs to do to make iWallet a reality is ship an app (it just did that with Passbook), cut some partnerships and make iTunes backend changes.

What do you think, will Apple implement NFC hardware inside the next iPhone or find a better solution?

Would you be willing to pay for your groceries using your iPhone and your iTunes credit card on file?