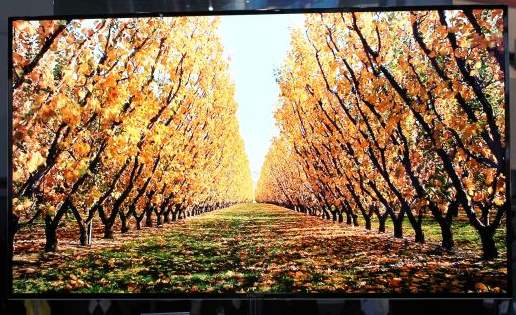 Just because the rumor mill is focused on the next iPhone and iPad Mini right now, doesn’t mean it’s forgotten about the Apple television. The consensus still seems to be that the Cupertino company is working on a TV set.

The latest bit of speculation on the topic comes from DisplayMate’s Raymond Soneira. The CEO says that he believes that the rumored Apple television will feature a display with its popular Retina technology…

“Soneira believes Apple will continue to adopt Retina across all “premium” products, including the Apple TV. But it’s less about the intrinsic Retina technology than it is about consistency, he believes.

“My…theory is that color consistency and accuracy among all Apple devices is more important for Apple than Retina display resolution and will be the strategic basis for the eventual launch of an Apple Television,” he said.”

This one’s not hard to swallow. If Apple really wants to take over our living rooms with a new TV set, you can bet that its display tech will be top-notch. In fact, Soneira believes that this is one of the reasons why Apple can’t achieve its ‘TV plans’ with a set-stop box — because current sets don’t offer proper picture quality (and if they do they’re well out of reach for the average consumer).

The CEO’s consistency theory also makes sense. Think about iCloud and Photo Stream, and how they work across the iPad/iPhone/Mac. Add a TV to that equation, with a Retina display, and it’s not hard to imagine how Apple could market it. “Take a picture here (showing an iPhone), and it looks just as beautiful here (showing an iPad), as it does here (TV set).” You get the idea.

Rumors of an Apple-branded television have been bouncing around for several months now, with release dates ranging anywhere from April to December of this year. The lack of any supply chain or production evidence, however, suggests we won’t be seeing it anytime soon.

What do you think, Apple TV set with Retina display?