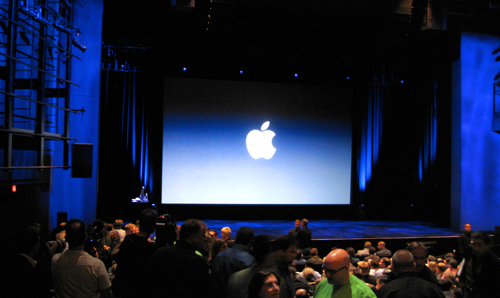 Last year, Apple changed the refresh cycle of its most popular product, the iPhone. Instead of introducing a new model in the summer, like it had done in previous years, it waited all the way until October to unveil the 4S.

The consensus of the tech world, along with common sense, says that we can expect a similar schedule this time around. But a new report is out today, claiming that Apple will reveal its next smartphone on August 7th…

“A reliable industry source who wishes to remain anonymous revealed to Know Your Mobile that Apple’s highly-anticipated and much-rumored iPhone 5 will be launched via a keynote speech on August 7.”

Needless to say, we’re not buying it. When has Apple ever unveiled two new iPhone models in the same year? There’s a reason for that. While most subsidized iPhones (at least here in the U.S.) come with two year contracts, many carriers will allow their customers to upgrade at the 12 month mark.

These ‘early upgrades’ typically account for a good portion of sales during a new iPhone’s opening weekend. So why would Apple launch a new iPhone in August? This would make everyone who has purchased a 4S on-contract completely ineligible for the first two months of the new iPhone’s life cycle — a vital time period for any product.

And if that’s not enough to convince you, maybe this will. The Loop‘s Jim Dalrymple, who is well-known for his close ties with the Cupertino company, has given his famous one-word commentary on Know Your Mobile’s claims, saying “Nope.”

Yeah, don’t expect to see Apple’s next smartphone until much closer to October.