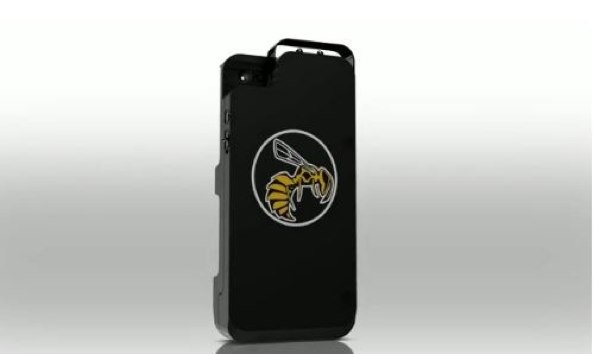 Do you have a Taser and if so, is it on you all the time? See, personal safety is a tricky thing. Most people don’t carry any kind of pepper spray or an electroshock weapon until they happen to find themselves in the wrong place at the wrong time.

I’ve been attacked twice in my life, once as a collateral victim of a silly bar fight and the other time I got robbed and beaten badly as a bonus in a shady suburb in a foreign country. It’s an ugly experience I wish to never go through again.

Nonetheless, my Taser is still in my drawer most of the time. I find it inconvenient to have the damn thing on me all the time. But what if your iPhone could double as a 650-Volt stun gun?

Enter Yellow Jacket’s new iPhone case, designed by a man who was attacked in his home. It’ ll protect your device from scratches and elements while providing an effective form of self-defense via a built-in 650K volt stun gun.

What’s best, the case will provide up to an additional 20 hours of battery life for your iPhone. So, protect your iPhone, get a whole day worth’s of charge and defend yourself from assailants – tough to beat that sales line.

The case is charged via the same cable as your iPhone. It comes in black, white, pink and limited edition gold and can be pre-ordered for a hundred bucks over at the Yellow Jacket webstore (Android models are “coming soon”).

Isn’t this the craziest iPhone case you’ve seen so far?