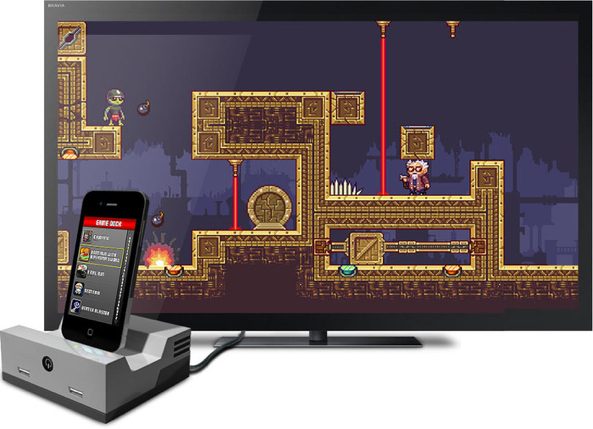 If the iCade Mobile game accessory isn’t your thing and you’re a retro type, consider the GameDock, a cool new Kickstarter project which turns your iPhone into an old-school TV-based game console. It’s simple, really: the GameDock, as the name suggests, is a game dock-like accessory where you plug your iPhone, iPad or iPod touch, akin to a game cartridge.

You can also pair your device with it over Bluetooth. It includes video output and comes equipped with an USB game controller with physical buttons and an HDMI adapter…

What’s best, GameDock works with both iCade Mobile-optimized games (Centipede, Asteroids and more than a hundred other titles limited to two action buttons and two menu buttons) and dock-ready games that include two-player support and full 1080p HDTV output. Those physical controllers will no doubt come in handy replacing those unwieldy touch controls.

You can play games either on your big screen telly, through the accessory, or directly on your iOS devices’ display. Automatic HDMI mirroring is supported using an iPad 2, fourth-generation iPod touch or iPhone 4 or newer. 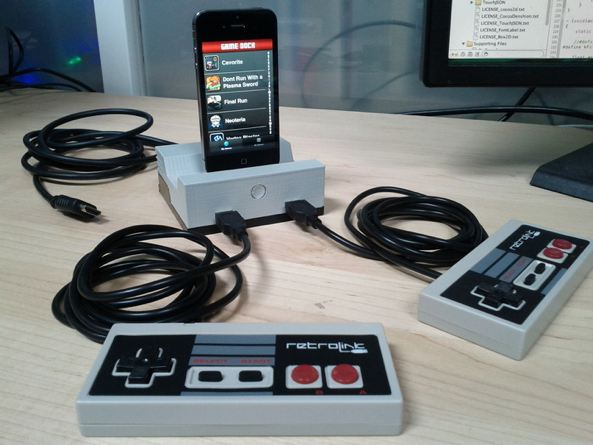 Oh, they also have a dashboard app that lets you select and play games compatible from the comfort of your couch, using just your controller instead. The gizmo doesn’t require a jailbroken device and works on standard iOS versions 4.0 and newer.

More information is available on the official home page and over at Kickstarter.