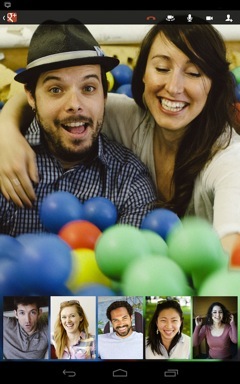 Google’s social thing, Google+, may be lagging behind Facebook (250 million users versus Facebook’s nearly one billion globally), but the search Goliath has no intention of sitting on the sidelines.

Earlier this week, it announced that the official Google+ client would hit the iPad very soon and today the company took to the blogs to announce the official software development kit for iOS and Android.

A set of tools and social plugins will let iOS and Android developers write programs that are deeply integrated with Google+.

The Google+ SDK supports features to facilitate the creation of iOS and Android apps that can integrate Google+ identity, sharing and history. Full documentation for developers is available here.

The news came hot off the heels of Facebook’s announcement that it would “soon” provide an iOS SDK to make it easier to add Facebook to iOS apps, along with support for the Facebook integration in iOS 6.

Google said at Google I/O yesterday that its social network now commands a 250 million strong army of users around the world, 150 million of them active at least once a month and fifty percent signing in daily and spending approximately twelve minutes on average in the Google+ stream.

The search firm also showed off a native Google+ app for iPad that will launch “very, very soon”. It’ll support Hangouts and sport a “playful” and really responsive user interface.

Just hours before Google kicked off its Google I/O show at San Francisco’s Moscone West, Facebook suddenly announced in a blog post that it would completely rebuild its sluggish iOS app, re-writing it for “blazing fast” performance.