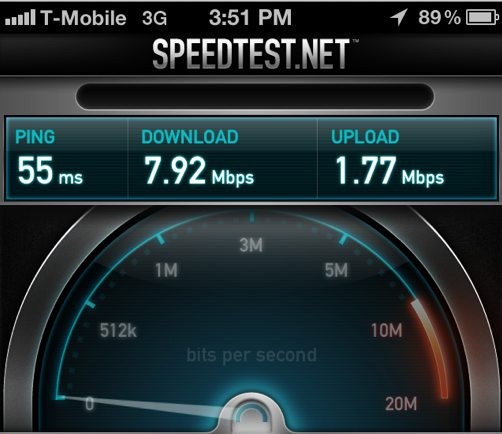 Over the past few months, T-Mobile has been touting its plans to upgrade its wireless network to be more friendly with Apple’s smartphone. Despite not being an official partner, the carrier sees a lot of business from unlocked iPhone users.

The upgrade, which allows iPhone users to enjoy 3G data speeds, has already started rolling out to a handful of areas. So that has some T-Mobile subscribers wondering, will they get to keep their old data plans on the new, faster network?

@unimp0rtanttech Whether you are on 2G or 3G we charge the same for data, your account wont change due to the 1900 refarm 🙂 ^KM

Typically when carriers upgrade their networks — i.e. make them faster — they don’t allow customers to hold on to old service plans. Verizon, for example, is looking to kick subscribers off of their unlimited data plans as they upgrade to LTE. So it’s awesome that T-Mobile is allowing subscribers to keep theirs.

But we don’t expect this to last forever, especially if by some miracle T-Mobile finally lands the iPhone this fall (there’s no way it could afford to subsidize the handset $400 on these plans). So if you’ve been thinking about moving your iPhone to T-Mobile, you may want to do it sooner, rather than later.