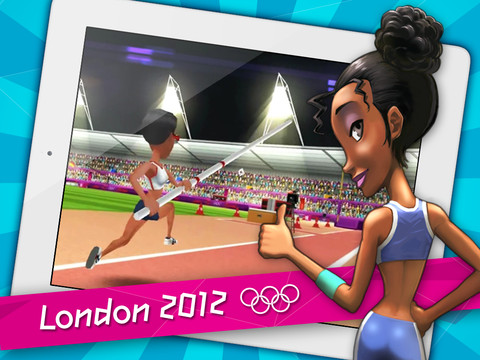 The official game for 2012 Olympic Games is out now for the iOS platform, available both in ad-supported free version. and as an ad-free download priced at threee bucks a pop. You can train your athlete and compete in nine Olympic events: 100M, 110M Hurdles, 100m Freestyle, Double Trap, Triple Jump, Pole Vault, 100m Butterfly, Kayak (K1) and Archery. Here’s your trailer…

Developed by NEOWIZ Internet Corp., the game is called London 2012 – Official Mobile Game. Customization options for your athlete include over 220 items.

There are three game modes at your disposal – training, olympic and challenge – and a bunch of authentic London 2012 Olympic venues.

The download weighs in at 142MB and supports the iPad natively. It’s also available for Android over at Google’s Play Store.

Are you excited about 2012 Olympic Games?