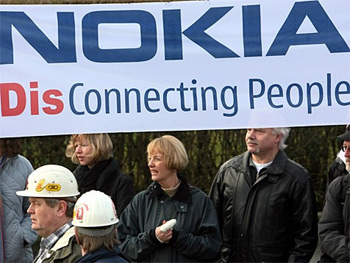 It’s not a typo: I really meant Nokia, not RIM. Look, the writing’s on the wall. In the first quarter of 2012, only Apple and Samsung reaped benefits of the 41 percent year-over-year growth in the smartphone biz.

Together, the two frenemies accounted for 55 percent of global smartphone shipments in Q1 and an astounding 90 percent of the profits.

Apple shipped 35 million iPhones in Q1 while Samsung recorded 43 million global shipments. None of this is surprising. What’s stunning is how sharp Nokia’s decline is. Of all companies, beleaguered RIM, whose Q1 shipments dipped 20 percent, may soon surpass Nokia…

These shocking numbers echo a similar note from April (and what Asymco analyst Horace Dediu has been saying all along), when the iPhone and Galaxy makers together accounted for more than an astounding three-quarters of revenues and a whopping 80 percent of profits in the entire cell phone biz, which includes not only smartphones but feature phones and dumb phones as well.

According to ABI’s data, only Samsung and Sony in Q1 experienced sequential growth in shipments compared to the holiday quarter of 2011. 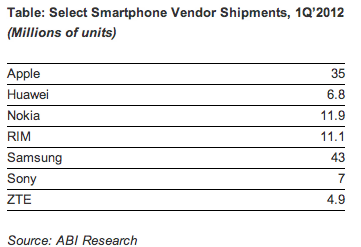 At this point in the year, Nokia will have to grow its Windows Phone business 5000% in 2012 just to offset its declines in Symbian shipments.

In what it called “strategy sharpening”, Nokia shocked investors and media yesterday with news that it will lay off 10,000 employees globally by the end of 2013 and shutter research and development facilities in Burnaby, Canada and Ulm, Germany, along with a manufacturing plant in Salo, Finland.

Its Smart Devices division has been negatively affected “to a somewhat greater extent than previously expected”, the company said as shares lost 16 percent of their value.

Today, Nokia’s market cap sits at just $8.7 billion as the once leading phone maker struggles with profitability and differentiation. If this downturn continues, an analyst tells Reuters, Nokia will burn through its whole $6 billion cash pile in the next two years.

Another tidbit: Nokia made more from the iPhone last quarter than it did from its Windows Phone-powered Lumia handset. 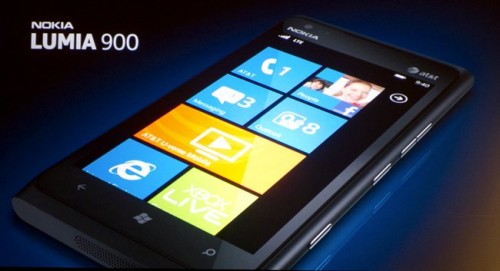 Reuters and Business Week disagree, citing UBS which warns that Nokia would have “to significantly discount its new Microsoft Lumia products in order to gain any traction with retailers, operators and consumers”.

My favorite quote is from Needham & Company, which said that “if Nokia doesn’t come out of its funk within a year, Nokia is going to be finished”.

And esteemed Analyst Tomi Ahonnen, a former Nokia executive, in his critique of Elop says Elop managed to wipe out $13 billion in revenues and destroy $4 billion of profits in just twelve months since he took over the reigns at Nokia.

Who knows, maybe Microsoft dispatched Elop to bring Nokia to its knees so Redmond could buy its patents, know-how and brand for peanuts.

Is Nokia written off in your book yet?