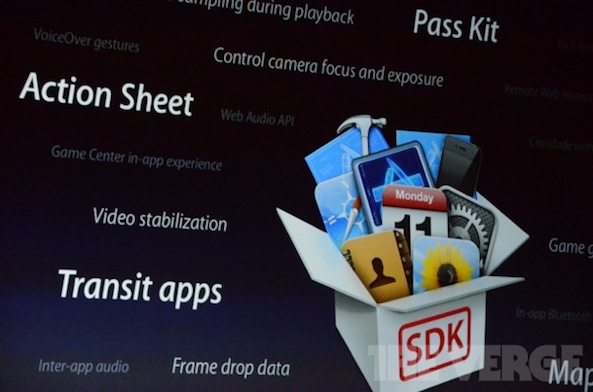 Though it’s too early to tell if it’s any good until we get our hands on it, iOS 6 was definitely the star of the show at Apple’s WWDC keynote that just got wrapped up. While we’re still digesting the announcements ourselves, iOS 6 definitely seems to be another worthwhile upgrade.

Granted, it’s an evolution of the world’s most popular mobile operating system rather than a revolution, but no one said it would be in the first place.

We also noticed that Apple really stick it to Google with the new Maps app which comes fully loaded with all the features one would expect from a mapping app.

So what about you, did you like the announcements? Please take a few second of your time to cast a vote in our poll, should be fun…

So we’re asking whether today’s announcements got blood pumping through your veins?

Feeling a bit underwhelmed, are we?

We’d love to hear your comments on iOS 6 as well so feel free to join the discussion right below.