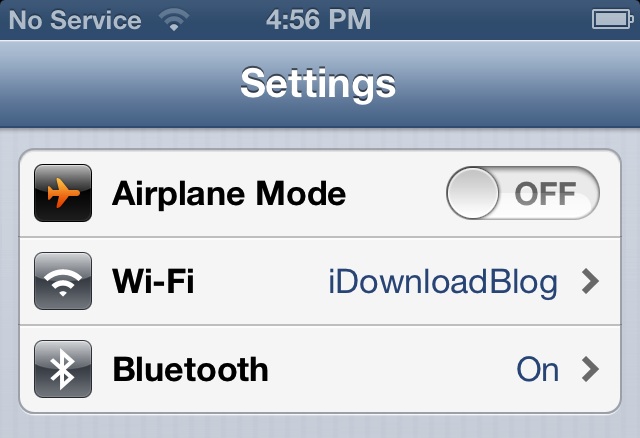 Ok, so it isn’t the NCSettings or SBSettings-like feature we were hoping for. But Apple did make the Bluetooth toggle more accessible in iOS 6.

As you can see in the screenshot above, the Bluetooth option has been relocated in the Settings app. Now it takes a few less taps to access…

Most of you will recall that in iOS 5, users had to launch the Settings app, tap General, and then scroll down to find the Bluetooth toggle. But in iOS 6, it’s been moved to right underneath the Wi-Fi tab.

Not a major change by any means. But we’ll take it.