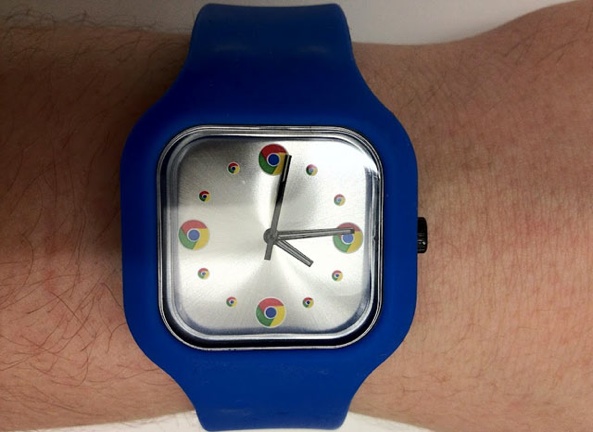 Chrome has been on the rise since its September 2, 2008 release, steadily chipping away market share from Microsoft’s product which has been losing ground for years now.

For the week ended May 13, 2012, Google’s product has managed to match Internet Explorer on a global scale for the first time…

A week later, Chrome climbed to a 32.66 percent web usage share while Internet Explorer nosedived to a 30.44 percent share. Firefox marginally improved its #3 ranking and currently has 25.8 percent share.

Here is a snapshot of browser usage stats by StatCounter. 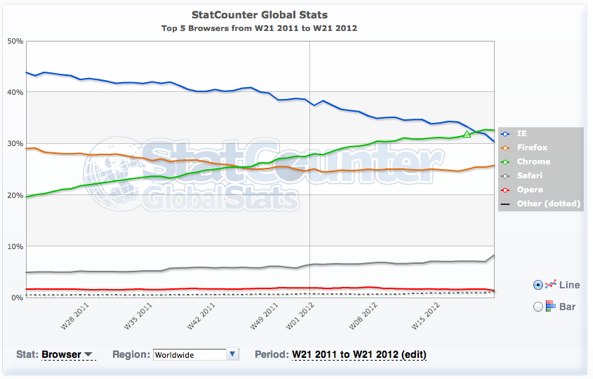 As you can see, Apple’s Safari has seen a spike in usage recently, grabbing an 8.33 percent web usage share between May 21-27.

Chrome owes its lead to strong gains in India, Europe and South America. Internet Explorer is still #1 elsewhere, including Japan, China and the United States, where Microsoft’s browser enjoys a 37 percent share versus 26 percent for Chrome.

Last year Chrome beat out Internet Explorer, becoming the world’s top browser for a day. It’s been chasing Microsoft’s browser ever since.

Macquarie analyst Ben Schacter thinks Google is working with Apple to bring Chrome to iOS devices. If true, Chrome for iOS should help Google own virtually all the searches.

Whichever way you look at it, Chrome beating out Microsoft’s darling is a pretty major accomplishment – in just three years.

And if Chrome comes to iOS, I have no doubt in my mind that its market-leading status will include mobile.

Would you prefer Chrome for iOS over Apple’s stock Safari browser?