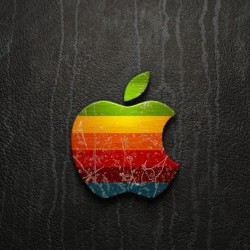 It looks like the prospect of the iOS 5.1.1 jailbreak being released during the Hack In The Box security conference is becoming more likely, as pod2g announces on twitter that the jailbreak release is mere days away.

A few days ago, pod2g said that “something big” will happen during the event regarding jailbreaking. Honestly, what can be bigger than the 5.1.1 untethered jailbreak?

Thanks to awesome work of @planetbeing and @pimskeks, we’re near ready for a release. Now it’s a matter of days.

Not only did pod2g give us a timetable for the upcoming jailbreak, but he’s also updated the list of devices that the new jailbreak will support.

Previously, it was stated that the iPod 3G and the iPhone 3GS would now be supported, yet the list was only updated with the iPod 3G as being absolutely confirmed.

Now, it appears that the iPhone 3GS has been definitely confirmed as well. Here is the latest list of supported devices according to pod2g’s blog:

Devices that have been tested to work:

Still need to test (but that should work):

If pod2g’s progress is any indication, then I’d say it’s a sure thing that every device listed outside of the Apple TV 3 will be supported from day one of the release.

There’s still no word as to what the tool will be called that incorporates pod2g’s work, but it’s been stated that the upcoming tool will be the work of the Chronic Dev Team.

Stay turned to iDB for the latest information concerning the iOS 5.1.1 untethered jailbreak.

What will be the first thing you do after you jailbreak your device?