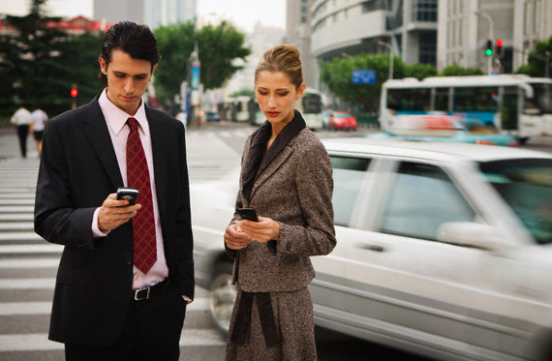 We all know that texting while driving is a huge safety risk and illegal in most countries and states, but what about texting while walking? Is that dangerous, too? Maybe this is the perfect ad for Apple’s Siri?

If you’ve ever walked into a lamp post whilst sending a message – come on, admit it – then you’ll probably say yes, but we doubt most would agree. If you happen to be passing through one US town though, texting while working could actually land you in trouble and hurt your wallet to boot.

Fort Lee, New Jersey, is set to be the first to ban texting while walking, with a fine being levied against those that flout the law. No, really…

The justification actually makes a worrying amount of sense. According to the local police department, the town is seeing ever increasing numbers of people jaywalking because they are using their phones. With twenty people being hit by cars so far this year, the numbers suggest that there is an issue to be dealt with and fines appear to be the weapon of choice.

And handing out fines to people using their phones is much easier than doing other police work, too. You know, like catching burglars and such.

They do realize they’re a month late for April Fools, right?