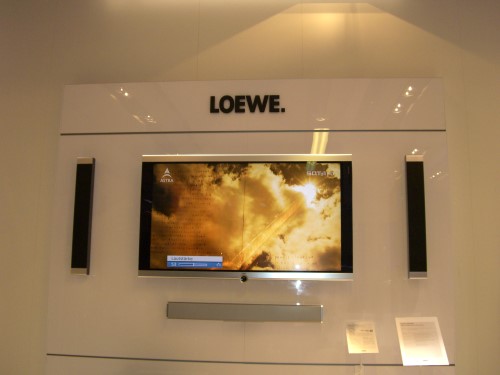 There’s been no shortage of talk regarding an Apple-branded TV set this year, as the entire television industry awaits the company’s entry into the market. Everyone wants to see if it can do for TVs, what it’s done for phones and tablets.

Well AppleInsider is adding more fuel to the fire today, as it’s reporting that Apple is in talks to purchase Loewe AG, a German TV manufacturer. Apparently, the iPad-maker has put an offer up of $100+ million for the company…

“Apple is said to be negotiating to acquire Loewe AG, a manufacturer and distributor of televisions, audio components and integrated entertainment systems, with a final decision expected to be announced by the end of this week.

In edition to TV-making (since 1929), Loewes also produces high-end audio components. It even has an interesting application in the App Store called the Loewe Assist Media app, which “transforms the iPad into a luxury remote.”

It’s worth noting that AppleInsider has a shaky track record in Apple rumors. Most recently, it’s report that Tim Cook was spotted at Valve’s headquarter was immediately debunked by company head Gabe Newell.

However, should this particular story materialize, it would have huge implications. Why else would Apple be acquiring, something it rarely does anyways, a TV manufacturer, unless it was planning on getting into the TV business?