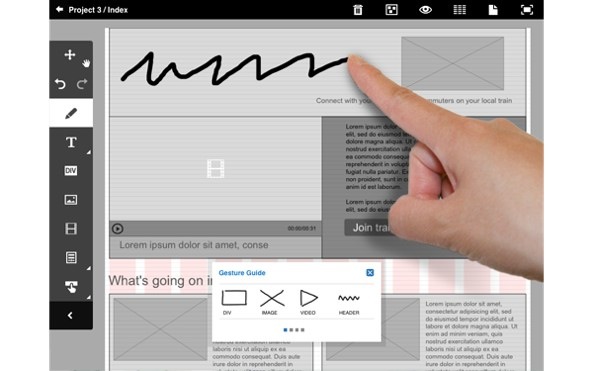 Photoshop maker today released two new iPad apps on the App Store, Adobe Proto and Adobe Collage. If you’re fond of prototyping apps or programs that let you sketch ideas, and are a user of Adobe’s CS suit of desktop applications, you may wanna consider these programs.

Both Proto and Collage tie nicely with Creative Cloud, Adobe’s new subscription-based cloud service which syncs your content between tablet and desktop, letting you access files from the web and easily share with others…

According to a press release, Creative Cloud is now available for a monthly fee of $29.99 for all CS3 or later users, or priced at $49.99 a month with a one year contract ($74.99 a month without contractual obligation).

The service syncs your content in enabled desktop and mobile apps across platforms. If you’re using one of the Touch Apps on your iOS device, you get a free 30-day Creative Cloud subscription with 2GB of cloud storage.

You can drag components such as menus, tabs and accordions, preview your work using WebKit, sync your wireframe to Adobe Creative Cloud for easy import in Dreamweaver CS6 and more. 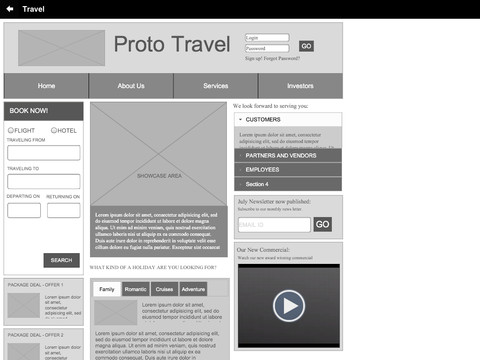 Adobe Collage aims to help you assemble creative moodboards combining images, drawings, video and text. You can import PDF, PSD and AI files or search for and import images and video from Google, Flickr and YouTube.

Here’s how it looks. 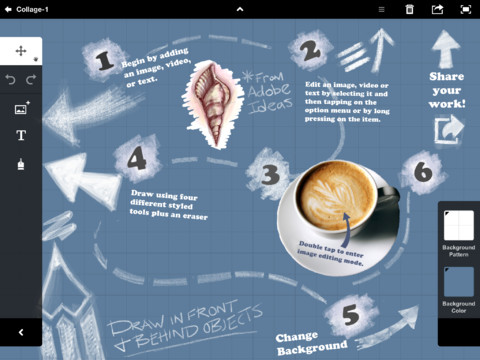 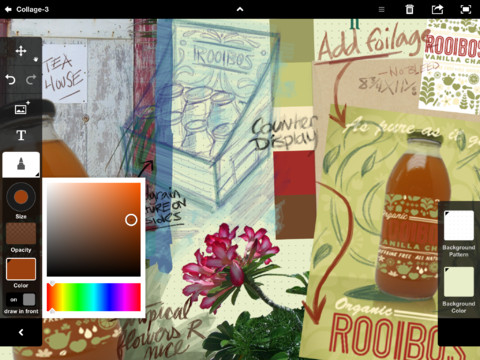 Adobe Proto and  Adobe Collage are ten bucks a pop each, right from the App Store.

Your canvas can now measure 2048-by-2048 pixels, an improvement over the previous setting of 1600-by-1600 pixels. Sadly, Photoshop Touch 1.2 still doesn’t support the new iPad’s Retina display.

For first-hand impressions on Adobe Proto and Collage, head over to MacStories.

Are you excited about the new Proto and Collage apps?

They look quite nice, don’t they?