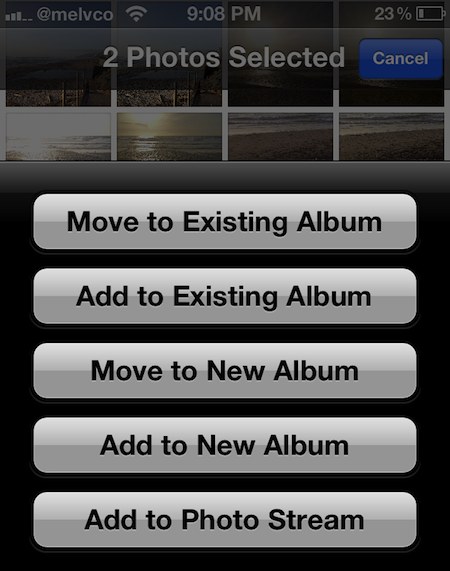 We’ve talked about PhotoAlbums+ a couple of times here on iDB over the past two years. The tweak adds a host of features to the stock Photos app like the ability to create password-protected albums on the fly.

Well the developers just released a major update to PhotoAlbums+, adding new PhotoStream controls to the package. And even better, they’ve given us 10 free copies to giveaway to our awesome readers! Read on…

Of course, the update also features a number of significant bug fixes. But the real story here is the new PhotoStream features. The ability to block automatic uploads, and manually add photos to the cloud-based service is a pretty big deal.

Now, onto the giveaway! To enter for a chance to win a free copy of PhotoAlbums+ (for the iPhone or iPad), all you have to do is complete these two easy steps.

We will be notifying the winners on Friday afternoon via Twitter DM, so make sure you hurry up and enter!