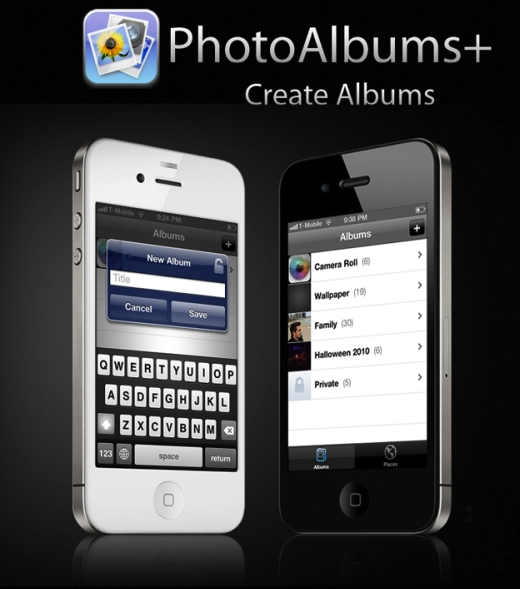 I don’t know about your guys, but I’m kinda ticked we can’t create photo albums on the fly on our iPhone or iPad. Thankfully, the jailbreak community is once again taking over where Apple slacked. We’ve already covered PhotoAlbums+, a jailbreak app that allows you to create albums and move pictures from/to these albums, directly from your iPhone, without the need of iTunes.

PhotoAlbums+ just got an update, and while it doesn’t bring anything really new to the table, I felt like talking about this app again because it deserves publicity…

Here is the changelog for PhotoAlbums+:

– Bugfix: auto-backup-restore manager was not loaded under certain circumstances
– Bugfix: Photos app could freeze or take very long to load in places tab

(Known issue: when leaving photos app with private photo showing fullscreen view controller is not hidden – will be fixed with next beta)

– Bugfix: Opening Camera/Photos app during or shortly after iTunes backup/sync can cause some photos to not show up correctly – fixed as far as possible. If it still happens just respring or kill app via Multitasking bar
– Bugfix: In some apps like Photogene custom albums could show up twice
– Bugfix: Fixed privacy issue where when viewing a private photo fullscreen and leaving app it would not hide the album
– Bugfix: Move to album table view was slightly cut off at bottom

At $4.99, PhotoAlbums+ doesn’t come cheap but you’ll probably agree that it’s worth every penny. You can download the app from Cydia, via the BigBoss repo.