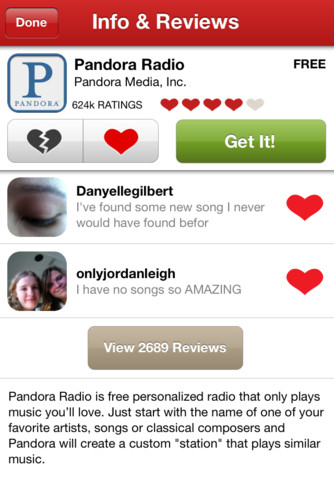 As we told you, Apple in February acquired Chomp for an undisclosed sum. Chomp is a popular recommendation engine that makes iOS and Android app discovery a more efficient and pleasing experience.

Coincidentally or not, the California-based powerhouse has now pulled Chomp for Android from the rival Google Play marketplace, also removing the Android app search option from the Chomp website.

The Next Web explains that a Form S-8 must be submitted to the SEC whenever the company issues stock or stock options to employees. Apple registered 3,207 shares to Chomp as part of its equity incentive plan.

Chomp currently has a free app available on the App Store which recommends new apps to users based on what apps do, not just what they’re called.

Here is a handy comparison of search options on the Chomp website before and after Apple’s alleged intervention, courtesy of GigaOM. 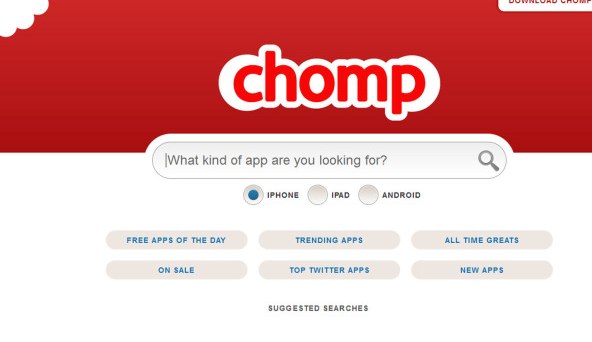 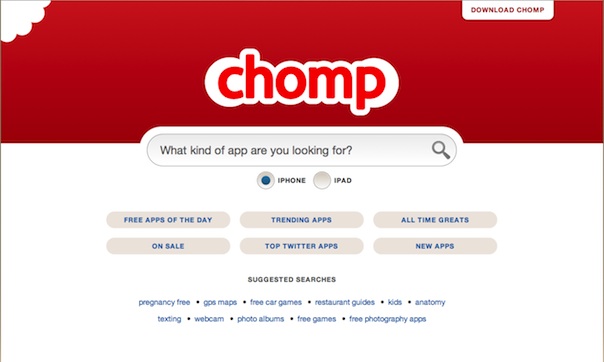 After the change: the Android search option is MIA.

Apple has acquired Chomp for their talented team, which created the efficient app discovery engine from scratch. Apple’s App Store has long been ripe for change as developers often complain that apps outside the App Store charts have little chance of being spotted by users.

Apple execs told investors on a quarterly earnings call that the App Store is now 600,000 apps strong, with over 200,000 items being specifically created for the iPad.

Apple rarely makes big, bold acquisitions and instead prefers snapping up young startups behind interesting technologies the company thinks are in their ascendancy.

With the amount of apps available on the App Store and the messy storefront, Apple will no doubt benefit from Chomp by using it to better App Store search and app discovery features.

As for Apple allegedly killing Chomp for Android, we kinda knew this was bound to happen when they snapped up Chomp, didn’t we?