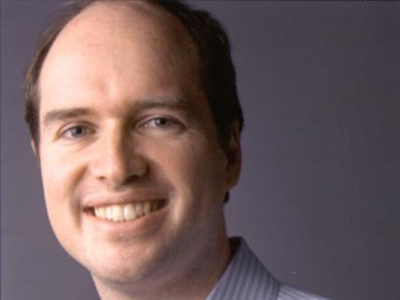 Silicon Valley venture capital firm Andreessen Horowitz had poured a cool quarter million dollars into Instagram back when it was just a small startup called Burbn.

Though it never took off, its photo-sharing component was doing quite well, giving birth to the widely popular Instagram photo-sharing service.

Even though Horowitz never invested in Instagram again, they’re poised to walk away with a cool $78 million once the $1 billion deal with Facebook closes.

That’s a nice 312 times premium on a $250,000 investment, but they could have made potentially hundreds of millions of dollars if they chose to back Burbn in series-B funding.

Instead, the investors gave cofounding CEO Kevin Systrom back information rights and pro rata rights to the series B, never investing in Instagram again…

Andreessen Horowitz partner Ben Horowitz, pictured above, explained in a weekend blog post how Instangram came to be:

When we invested in Instagram, it wasn’t actually Instagram. It was a company called Burbn, and the idea was roughly to build a mobile micro blogging service. Technologically, it was also different: an HTML 5 application rather than a native app. As Kevin iterated on Burbn, we made another investment in an excellent entrepreneur, Dalton Caldwell. Dalton’s company, Mixed Media Labs, initially built a product called PicPlz. PicPlz aimed to be a mobile photo sharing service built on its own social graph. Furthermore, the graph would be public like Twitter rather than private like Facebook.

Subsequently, Kevin noticed that while Burbn wasn’t taking off, the photo-sharing component of it was doing quite well. As a result, he pivoted Burbn into Instagram, which then competed directly with PicPlz.

Andreessen Horowitz had to decide whether to fund the venture round of PicPlz or Instagram. Ultimately, they decided for the former, although “Instagram’s numbers were much better at the time as it had already begun its rocket run”.

On February of last year, Instagram raised $7 million in Series-A funding from the likes of Benchmark Capital, Jack Dorsey, Chris Sacca and Adam D’Angelo. The deal valued Instagram at around $25 million. The same week Instagram for Android was relased, the company additional $50 million for a half a billion dollar valuation.

If only Horowtiz could turn back time…

As you know, the photo-sharing component of Burbn proved widely popular, having amassed an estimated 30 million users before Facebook co-founder Mark Zuckerberg announced intentions to snap up Instagram for $1 billion in cash and stock and continue evolving it as a standalone service.

Its future, however, is anything but certain given the exodus of iPhone users (including Apple’s marketing honcho Phil Schiller) that followed shortly after Instagram posted an Android version. A recent poll indicated that nearly three-quarters of respondents would have preferred Twitter for Instagram over the social networking behemoth Facebook.

Horowitz was responding to a flurry of media reports questioning their decision to fund PicPlz instead of Instagram, such as this New York Times article.

Despite Horowtiz’s monstrous return, this just serves to highlight the perils of picking the winning team from a bunch of B-players.

Think you could have done better?

If somebody had told you just three years ago that an online photo service which lets you apply juvenile filters to snaps and share them in low resolution would get picked up by Facebook for a staggering $1 billion, what would you have honestly thought?

Then again, that’s exactly how one builds a billion dollar startup.